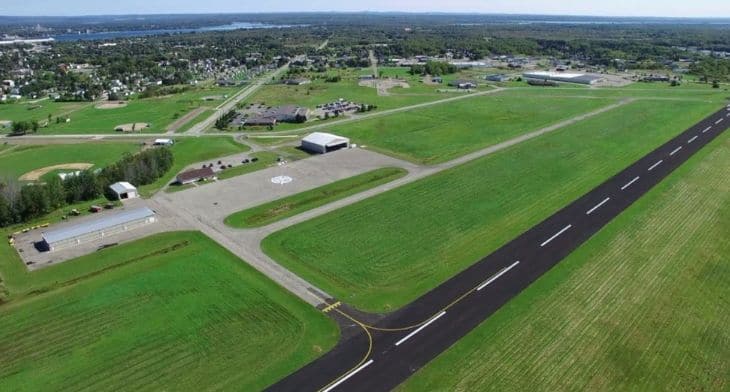 Dave Waite, co-founder of Great Circle Aviation Services along with Ted Waite, and FBO manager, confirmed to Regional Gateway that “We are in the process of writing the required manuals for achieving Part 145 certification; we intend to initially seek to be certified in avionics repair and installation, and transition to further airframe and powerplant certifications.”

“We anticipate being certified during our second year of operation at Sanderson,” he added. The FBO is currently negotiating with a Certified Flight Instructor seeking to provide flight instruction and are looking into acquiring a small general aviation aircraft for rental purposes.

The FBO’s current facilities include a T-Hangar facility with eight hangars (all currently occupied) and a heated 10,000 square foot hangar with half the space dedicated to maintenance activity, four resident tenants and with room for three transient aircraft. Tie down ramp space is available for 10 aircraft.

Facilities also include a large building housing ground maintenance equipment and shop, and the FBO also has a self-serve fuel farm with “the newest” QTPod dispenser terminal, providing Jet A w/Prist (pressure refuel and overwing) and 100LL service.

“An important asset to our Sanderson facility and location is its proximity to Canada and Customs and Border Patrol,” continued Waite. “The vehicle port of entry from Canada is less than three minutes drive from our ramp, and clearing customs here is usually done in 10 minutes or less, in a comfortable lounge area and with minimal inconvenience. Aircraft coming from Canada to the United States can call ahead to Customs and they will be met by the officers upon landing.”

The opening of the new Sanderson Field FBO marks the second of GCAS’ locations, the first being an aircraft repair base at the Chippewa County International Airport in Kincheloe, Michigan, primarily focused on general aviation aircraft maintenance.

Waite tells Regional Gateway, “Both locations have potential for expansion and new facility construction, with support from both the city and county EDC’s should we decide we need such expansion.”