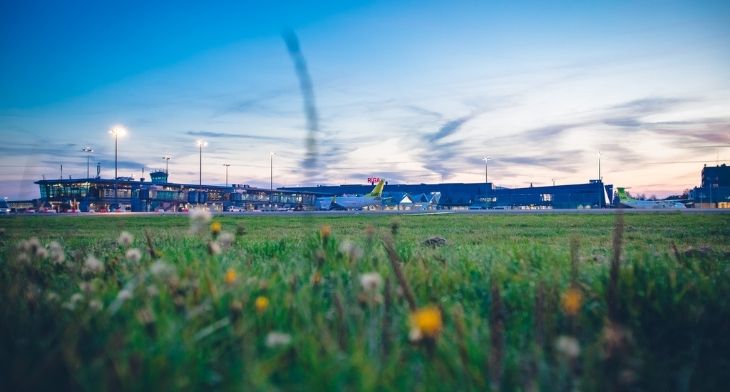 Riga Airport in Latvia has joined the Airport Council International (ACI) Europe initiative to achieve net zero CO2 emissions in the emission sources under direct control of the airport by 2050.

In addition to facilitating the achievement of its global climate through the transformation of its business, the airport is also developing a medium-term sustainability strategy until 2030 to achieve its climate goals.

“Riga Airport continuously works on reduction of the amount of CO2 emissions. By taking several important measures, the airport has managed to reduce the amount of emissions by 32% over the period of the last five years,” said Laila Odina, Chairperson of the board.

“Riga Aiprort has been certified for Level 2 of Airport Carbon Accreditiation, ACA, and in 2020 developed its first carbon management plan for 2030-2023. The plan includes new goals to reduce emissions until 2023 and aims to improve the airport’s performance in achieving climate goals,” Odina continued.

Electricity and fuel consumption are the two main causes of emissions at the Latvian hub. Therefore, plans are afoot to focus on reducing these emissions, for example, by creating a solar farm and restoring service buildings making them more energy efficient and environmentally friendly. The airport also plans to certify for Level 3 of the ACA programme by aiming to reduce emissions not under its direct control, but caused by the companies and organisations working at the airport.

Commending Riga Airport for joining the ranks of airport leaders aligning their environmental objectives with global climate goals, Jost Lammers, President of ACI Europe and CEO & President at Munich Airport in Germany commented: “Europe’s airports have been leading climate action with annual reductions achieved every year for more than a decade. 172 of them have achieved climate certification by the global industry standard Airport Carbon Accreditation. However, our net zero commitment brings a new dimension to this endeavour – no offsets. Relaunching the pledge amidst the most sever crisis ever seen in modern times shows that the airport industry is aligning itself with the EU ambition to reach climate neutrality by 2050, embedded into the European Green Deal, as part of the global effort to address the Climate Emergency.”