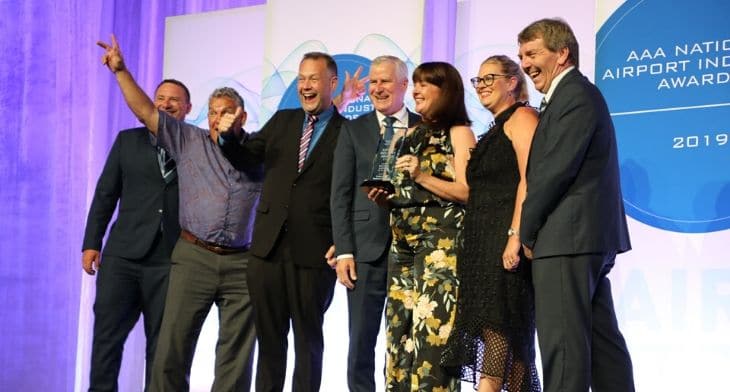 Dubbo City Regional Airport and Bendigo Airport are both celebrating wins at the Australian Airports Association (AAA) 2019 National Airport Industry Awards, both taking away titles in the regional airport categories.

The awards recognised innovation and excellence and AAA CEO Caroline Wilkie said: “Every year the standard rises even higher as airports find new ways to work smarter, faster and always with the passenger in focus.”

In the Airport of the Year segment; Brisbane Airport took the award for capital city airport of the year, while Avalon Airport won in the major airport category, and West Sale Airport earned the title of small regional aerodrome of the year.

“We have seen airports once again improve how passengers access the airport, enjoy their time before their flight and move quickly through airport processes as a result of some innovative projects this year,” Wilkie continued.

The airport won for its airside infrastructure developments, including: runway strengthening, lighting upgrade, aeromedical facility, general aviation expansion and stakeholder engagement following a year of capital works in the precinct.

Mayor of the Dubbo Region Ben Shields called it a “significant achievement” for Council and staff at the airport, adding: “It just goes to show that Dubbo is leading the way when it comes to building a better future for regional passenger transport.

“The vision of the Dubbo City Regional Airport is to develop an efficient and fully functioning airport which significantly contributes to and improves the economic and social base of the Dubbo Region. We are incredibly proud to be able to deliver such a high standard in services not only in aviation, but in a range of community areas,” he continued.

The airport has seen more than $18 million of infrastructure development in recent years. Commenting on the win, Dubbo City Regional Airport manager Jacki Parish explained that along with the lighting upgrade and general aviation expansion, the construction of the aeromedical facility “was a huge project”.

The airport also implemented a stakeholder newsletter to keep airport users up-to-date, with Parish explaining that this covered “anything happening out at the airport, highlighting the benefits to our region. The newsletter helped spread out the message that the airport was a dynamic sense of place.” 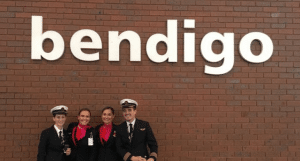 Bendigo Airport won Small Regional Airport of the Year, recognising the airport’s “rapid transformation” to support its first commercial flights in more than 30 years, which commenced in 2019.

The Victoria-based airport welcomed flights from Qantas in March and to support the flights, the terminal building (originally constructed in the 1970s) had to be expanded and improved.

Business Services manager Benjamin Devanny said the physical transformation of the terminal was completed by 46 local companies within four months: “The contractors worked together to provide a great outcome for the community and develop a building that is comfortable, accessible and fit-for-purpose, within tight timeframes.” 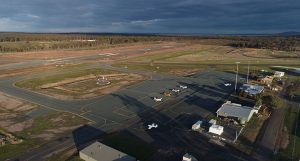 The airport also needed to go from a registered aerodrome to a certified aerodrome.

“We’re very proud to be recognised for our work to prepare our airport to support a commercial flight service,” continued Devanny. “We are keen to continue this good work and redevelop the terminal building and precinct further, though this is subject to federal and state funding.”

With ambitions to develop further, the City of Greater Bendigo is to apply for funding for the terminal and precinct upgrade from the Building Better Regions Fund.

Click on the markers to explore the Airport of the Year Winners at the Australian Airports Association (AAA) 2019 National Airport Industry Awards!