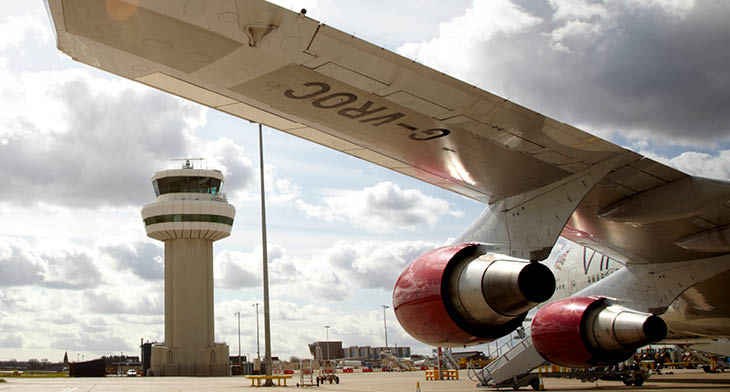 With the Trump administration’s federal shutdown now in its fourth week and no solutions in sight, many US federal workers are wondering when their next paycheck is going to arrive.

A federal judge has denied requests from unions representing air traffic controllers and other employees required to work through the government shutdown that they either be paid or have the option to skip work while missing paychecks.
Lawyers representing the National Air Traffic Controllers Association filed a suit to sue the Trump administration over the partial shutdown on Friday 11 January saying controllers, who are responsible for tens of thousands of flights each day, are being deprived of their “hard-earned compensation without the requisite due process.”

San Jose City Council is considering a proposal from Mayor Sam Liccardo to explore creating a short-term, no-interest loan programme for vital federal employees currently working without pay at Mineta San Jose International Airport.
“We are going to do everything in our power to keep political dysfunction in Washington from creating service disruptions or safety issues here in San Jose,” said Mayor Liccardo.

Mineta san Jose International Airport is vital to our local economy and we need our highly-skilled and trained federal workers there to keep it running smoothly. That’s why we are exploring tools, like these local bridge loans, to help keep these essential workers on the job.

At Mineta San Jose, some 500 federal employees have been forced to work without pay and it’s a similar story at airports across the US. Miami International was forced to close one of its terminals over the weekend, while George Bush

Intercontinental Airport in Houston was forced to close one of its security checkpoint at Terminal B due to low staffing.
While credit unions and banks have offered assistance for those affected by the shutdown, many of these loan programmes have low limits, varying interest rates and are only available to existing members. Mayor Liccardo’s proposal to explore whether the city could implement a short-term loan programme for SJC’s federal workers would be based on: the programme providing an amount equal to monthly take-home pay; repayments made without interest and under the employees’ receipt of back pay; all safety related, mission0critical federal employees at the airport would be eligible to participate, including FAA air traffic controllers, TSA passenger screeners, and customs officers; and the city would explore funding the programme through airport revenues, and administering the programme in partnership with one or more financial institutions.

Meanwhile, air traffic control units in Canada have reportedly been sending pizzas to their US counterparts in a show of solidarity and to try and boost morale.

Peter Duffey, president of the Canadian Air Traffic Control Association (CATCA) said: “This is as grassroots as it gets, with our members just jumping on board this like crazy…. I couldn’t be more proud of what my members are doing.”

The Regional Airlines Association (RAA), has also joined with more than 30 aviation organisations, including the Air Traffic Control Association and the International Air Transport Association to push for an end to the US government shutdown.

In a letter urging President Donald Trump, House Speaker Nancy Pelosi and Senate Majority Leader Mitch McConnell to reopen the federal government, the industry organisations outlined the negative impact the partial shutdown is having on the Federal Aviation Administration (FAA) and the Department of Homeland Security.

“This partial shutdown has already inflicted real damage to our nation’s aviation system and the impacts will only worsen over time,” the letter states.

Civil aviation supports more than 7% of the US gross domestic product and US$1.5 trillion of economic impact creating over 11.5 million jobs, the letter continues, adding that the shutdown “is hampering our ability to function effectively.”
The letter also suggests that: “With fewer TSOs available to screen travellers at security checkpoint, wait times will grow and larger crowds will be forced to congregate in public areas of airports. In some cases, checkpoints may have to be closed as a result of the shutdown. Some airports are already struggling to keep up with a record number of travellers, and reduced staffing levels will exacerbate problems in the near-term and into the busy spring and summer travel seasons.”