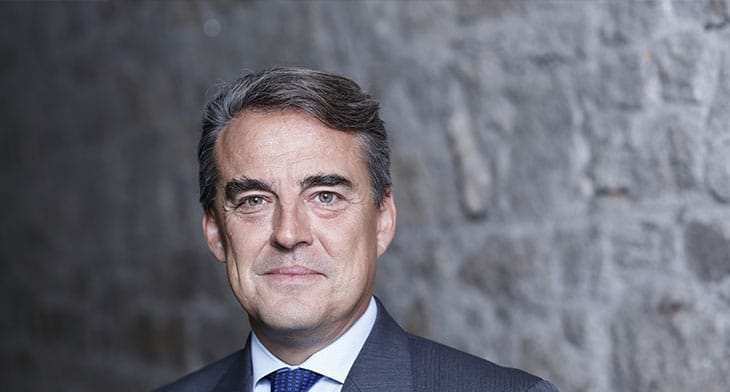 To ensure that the aviation industry is able to accommodate an expected 62% rise in the demand for air travel to, from and within the US over the next 20 years, the International Air Transport Association’s (IATA’s), director general, Alexandre de Juniac has urged the US government and industry to collaborate and work together.

Speaking at the International Aviation Club in Washington D.C., de Juniac noted that aviation already supports 6.5 million jobs in the US and contributes over US$778 billion to GDP, including aviation-supported tourism. He referenced that social and economic benefits enabled by aviation will also increase as passenger traffic rises to 1.26 billion over the next 20 years.

He also underlined that key factors needed to meet this increase and grow aviation’s benefits include maintaining a competitive environment that stimulates innovation, and adequate infrastructure to cope with new demand.

Highlighting the need for additional airport infrastructure to accommodate growth, de Juniac stated airlines require sufficient infrastructure capacity, alignment with airline technical and service level needs, and affordability. “While the US is in a better position than most markets, no major new airport has opened here in almost 25 years. With the US market expected to add close to 500 million passengers by 2037, that just won’t do.”

In the absence of adequate infrastructure, de Juniac stressed the importance of the Worldwide Slot Guidelines (WSG) in managing scarce resources around the world. Today the WSG is being used at about 200 airports—including at New York JFK—accounting for 43% of global traffic.

“While there may be local variation in how slots are managed, the system will only work if the parties at both ends of a route are using the same rules. Tinkering by any participant messes it up for everybody. Therefore, we cannot turn a blind eye to one country or one airline over another,” said de Juniac.

De Juniac also called on leaders in Congress and the Administration to work together to ensure that aviation connectivity is not endangered in the event of another government shutdown. He thanked the thousands of dedicated government employees who kept the aviation system functioning without pay during the recent five-week partial shutdown.

“While aviation was fortunate to escape long-lasting economic damage during the shutdown, there were some serious impacts and airlines took a hit in terms of tickets not sold and trips not made. The shutdown also underscored the urgent need to remove the US air traffic control system from the federal budget process and place it in a nonprofit structure that would be immune to these kinds of situations.”

Referencing the need to maintain a policy framework that supports competitiveness among airlines, de Juniac warned against those in Congress trying to turn back the clock on deregulation’s successful legacy as he stated: “Competition unleashes innovation and helps drive prices down. In 1978 the US government recognised this fact and deregulated the airline industry, leading to lower fares and greater access to air travel.”