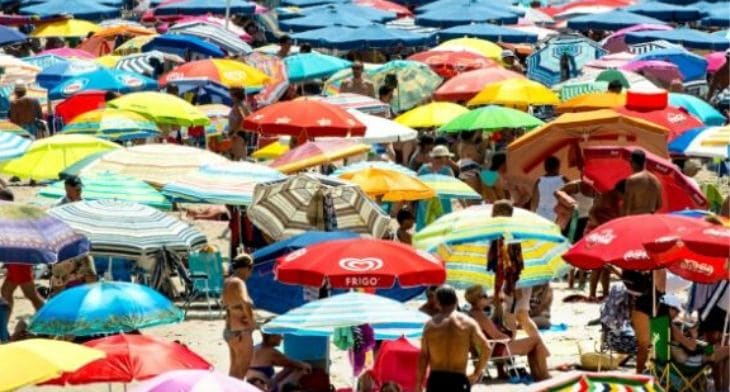 Although external risks are failing to dissipate, destinations continue to grow at a modest rate and the overarching regional outlook remains positive (3-4% in international tourist arrivals in 2019).

The report also found that Montenegro maintained growth momentum at 18% welcoming a soaring influx of Western European holidaymakers in Q3. Turkey’s tourism peformance also showed impressive growth with a 15% increase in tourist arrivals. Meanwhile the collapse of Wow Air and the strong krona were attributed to Iceland’s declining arrival numbers (-14%). The destination is expected to record a downturn in 2019 for the first time since 2010.

While things appear stable in the European tourism sector amid external challenges, uncertainties and the poor shape of the global economy, the report underlines that the greatest risk lies in not seizing the opportunities at hand by encouraging more sustainable and inclusive tourism approaches.

“This latest report highlights that travel demand in Europe is in a good place, with steady increases in tourism numbers across the board,” said Eudardo Santander, ETC executive director. “Despite very real challenges, such as the looming threat of a ‘no deal’ Brexit, and the collapse of several airlines, European destinations continue to post healthy rates of arrivals, which of course is to be welcomed. Meanwhile, European tourism needs to focus on developing long-term sustainable management solutions to enable tourism to flourish, rather than just merely grow.”

While intra-regional demand plays a key role in increasing tourist numbers in Europe, large long-haul source markets continue to make a significant contribution, particularly from the US with the dollar up against many other currencies. The Q3 report illustrates that several European destinations are witnessing increased arrivals from the US with significant interest in South-Eastern Europe (Turkey (+32%), Greece (+21%), and Cyprus (+27%)). As for the Chinese appetite for European destinations, a strong demand remains amid a relative decline in the economy with virtually all reporting destinations seeing an upsurge in Chinese arrivals or overnights (or both).

The report also noted that with an overall slowdown in the global economy, the increase in global revenue passenger kilometres – an indicator of airline demand – was 4.1%, which is below the average rate of expansion (6.1%) over the past 10 years. And, while load factors in Europe have been growing steadily for several years the collapse of carriers such as Thomas Cook adn Adria Airways in September will put further upward pressure on load factors in the near term. However, any capacity lost through their collapse will return later in 2019 with other airlines filling the void in due course which should facilitate conitnued increase in arrivals to Europe.

A special feature in the report analyses the impact of a ‘no deal’ Brexit on travel and tourism in Europe. It reveals that the combined effect of the economic and non-economic factors associated with a ‘no deal’ scenario would cause a 7% drop in UK outbound trips in 2020 and an 8% drop in 2021, relative to baseline projections. Even more significantly, the report states that a ‘no deal’ Brexit would have a permanent downward effect on UK outbound travel volumes. Spain is also likely to be the most heavily impacted per traveller volumes with an estimated 1.3 million fewer UK arrivals to the country in 2021 relative to baseline projects, and Ireland the most impact in percentage terms (-5%) in the same year.