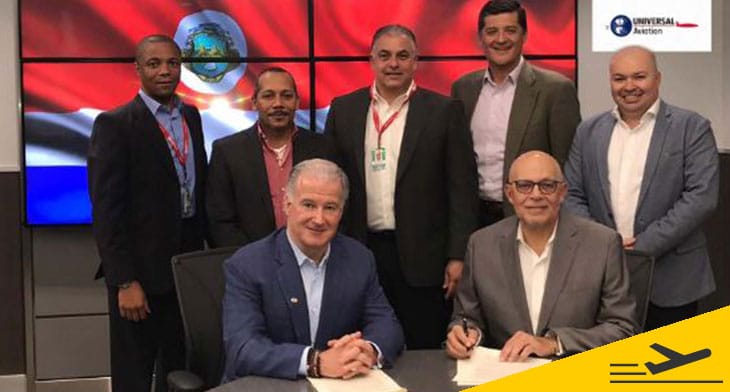 Juan Santamaria International Airport in Costa Rica is to welcome its first ever general aviation terminal, which will be exclusively available to international private aviation operations.

The new facility is part of the airport’s new domestic terminal – an infrastructure project which includes 15, 260 square feet, has the capacity to accommodate up to 600 passengers during peak times and required an investment of US$12.5 million.

Aeris Holdings, the airport management company which operates Juan Santamaria Airport, has an agreement with the Costa Rican government to invest and operate the airport until 2026. Following a public request for a proposal to remodel and manage the general aviation terminal (GAT), Aeris selected GAT SJO – a consortium composed of Universal Aviation Costa Rica and local partners – to manage the new general aviation terminal.

“We are thrilled that the Costa Rican government, airport authorities and Aeris recognized the need for a dedicated GAT to improve the privacy, experience, safety, and security of private operators at MROC/SJO,” said Adolfo Aragon, senior vice president, Latin America & Caribbean, Universal. “The new GAT will drastically reduce private operators time on the ground. It will also result in a vastly different experience compared to the current inbound/outbound process where they are mixed with commercial passengers in shared lines to clear CIQ.”

Explaining that with the new process, upon deplaning, private passengers will be shuttled by their handling agents a short ride form the parking area to the GAT with a dedicated area for CIQ (customs immigration quarantine), Aragon added: “Private operators will no longer have to clear formalities inside the terminal in potentially long lines, and passengers will no longer be separated from their baggage, which was previously mixed into commercial baggage carousels, adding more complexity to the operation and stress to the passengers.”

While Aeris has been working for more than six years on an investment plan that exceeds US$143 million and includes several projects to improve operations, Rafael Mencia, executive director of Aeris Costa Rica, revealed that “adding the first exclusive terminal for private aviation operators is an important milestone and the culmination of a comprehensive project, which we started many years ago from Aeris. This project significantly improves the accessibility and attractiveness of the country, which translates into more opportunities for investment and development.”

Remodelling of the GAT area is due to begin this July and is forecast for completion by September 2019.