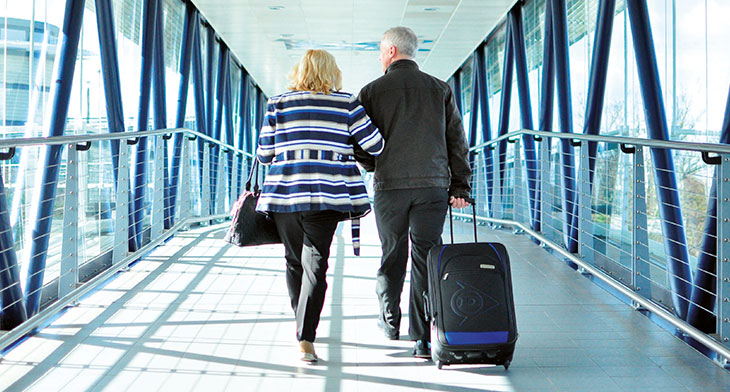 New research by Saga has revealed that half (49%) of members prefer to fly from regional airports, ranking Doncaster, Exeter and Newcastle as the top three UK airports.

The company which provides services for people aged over 50, also found that members surveyed would be willing to pay more (48%) or choose an alternative airline (53%) in order to fly from their preferred regional airport.

More than 9,500 travellers were surveyed for the report, which also found that those who choose to depart from a regional airport do so because they live closer to the airport (89%), and because local airports are generally less busy (72%) compared to larger international airports.

Respondents were asked to rate the services provided by UK airports, with Doncaster Sheffield airport achieving the highest scores in every category except range of food and shops available.

Exeter and Newcastle airports also scored well, in the top three for many categories including staff helpfulness and the availability of flight information.

On the other hand the 16% of Saga members who said they preferred not to fly from regional airports said this is because larger airports offer a wider variety of flight destinations (51%), better transport links (49%), or had better facilities (45%) in comparison to smaller regional airports.

Maria Whiteman, managing director of Saga Holidays commented: “It is clear that people love the convenience of travelling from their closest airport and the benefits of regional airports do not stop there.”

She highlighted that passengers find they queue less at smaller airports and find staff “more helpful”.