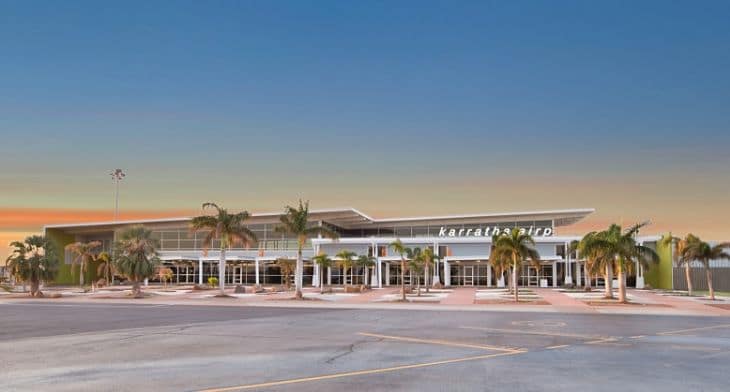 Qantas is expanding its discounted fares programme for passengers in regional and remote towns across Australia.

The carrier is investing up to $10 million each year in providing flight discounts for residents in 16 towns across Queensland, Northern Territory and Western Australia.

Currently the airline provides residents flying between their home town and the nearest capital city with discounts of at least 20-30% and these discounts will remain. Now however bigger discounts will apply to fares booked during busy periods and at the last minute, so the maximum residents will pay will be approximately $400 per sector when booking return journeys (approximately $800 return).

The discounted fares programme applies in select regional towns where, Qantas said, “residents compete with a very high proportion of corporate travel or are impacted by their remoteness.”

The initial rollout of the expansion is to happen immediately in Mount Isa, Cloncurry, Longreach, Barcaldine, Blackall, Karratha and Kalgoorlie. The regional airports and councils in these towns have committed to reducing the fees they charge passengers, which are built into airfares.

Qantas Domestic CEO Andrew David said the carrier was responding to residents feedback in regional Australia about more affordable air travel. He said feedback has come from visits to regional communities, and listening to concerns raised through a recent Senate Inquiry into regional airfares.

“The existing discount program is proving to be extremely popular but some residents have told us that when they need to travel during peak travel periods or at the last minute, for things like funerals or urgent medical appointments, they end up booking our highest fares and paying more or they don’t travel. That’s why we are introducing bigger discounts to these bookings,” he said. “There are some fundamental realities about the costs of operating regional services that we can’t change, particularly to remote parts of the country, but we are making this commitment and investment to assist residents in these towns.”

The City of Karratha celebrated the news it would be one of the first destinations in regional Australia to benefit from the discounted fares programme, “thanks to lobbying by the council” it said in a statement.

“Council understands that access to affordable airfares is important to the community to visit family and friends at short notice, such as for funerals and attend medical appointments,” said City of Karratha Mayor Peter Long. “Qantas capping the maximum fare for residents to fly to Perth during peak travel periods and at short notice is a great outcome for the community and a direct result of Council’s ongoing advocacy in this space.

“This agreement has been two years in the making and we are pleased to have worked with Qantas to further enhance the liveability of the City of Karratha,” he continued, adding, “Council has been working hard to facilitate the provision of more travel options for our community and will waive airport landing fees as part of the agreement.”

“We remain committed to growing travel options from Karratha Airport and hope these cheaper flights and our new inter-regional flights network between the Pilbara and Kimberley will benefit residents,” he concluded.