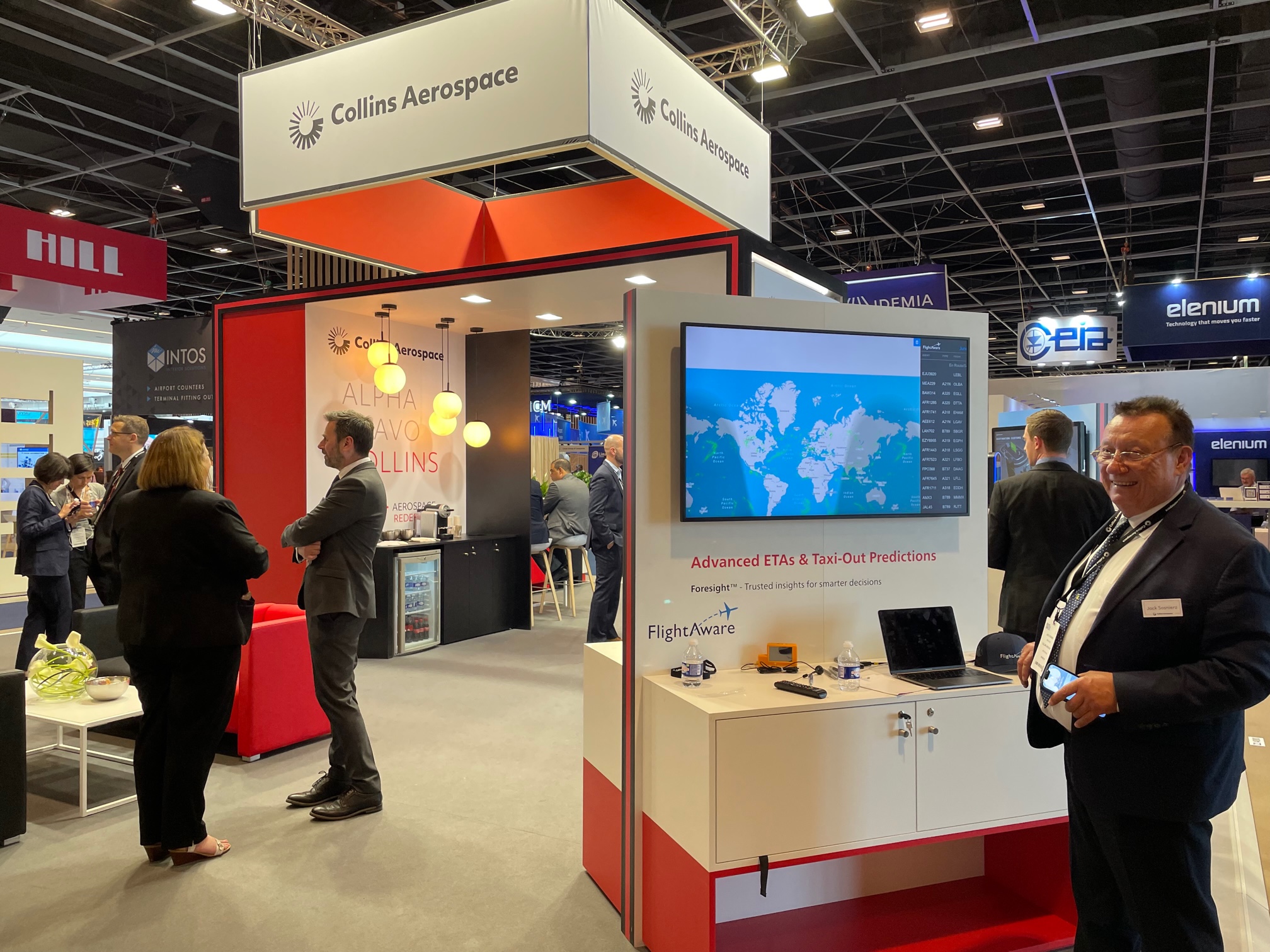 Having acquired the digital aviation company, FlightAware, at the end of 2021 Collins Aerospace has been showcasing how data analytics and machine learning can improve decision making and enhance overall airport operations during this week’s Passenger Terminal Expo (PTE) in Paris.

FlightAware provides global flight tracking solutions, as well as predictive technology, analytics and decision-making tools, all of which are helping Collins unlock the full power of the connected ecosystem for its airport and airline customers. The FlightAware platform taps into data from hundreds of sources including its own terrestrial ADS-B network comprising thousands of receivers around the world to provide new insights to airports, explained Paul Gibson, Vice President, Product at FlightAware.

“Our product is mostly data, we power applications from lots of other companies, but our relationship with airports has historically tended to be more indirect,” he told Regional Gateway.

Explaining that as a flight tracking company FlightAware’s tag line is “we’re central to aviation”, Gibson added, “We’ve kept every bit of data in the 12 years since we started.” The company tracks flights from schedule through take-off and landing including any cancellations, changes etc. all of which is captured in its data. “Now we’re combining our historical flight tracking data with live flight data to create machine learning based predictions, which are both accurate and stable. From an airport perspective the value proposition is we can tell them with a high degree of accuracy when an aircraft will arrive two or three hours out from that flight’s actual arrival time. In a nutshell, this gives airports time to plan and allocate resources more efficiently.”

For any airport, but particularly those currently struggling with limited resources  and staff shortages, having access to this sort of data is incredibly powerful, underlines Gibson. “It enables them to see into the future.” He adds, there’s also a sustainability angle to consider. “If you’re able to accurately predict an aircraft’s take-off or arrival time then you reduce the need for aircraft to sit idle on a tarmac for more time than is necessary, so you’re also cutting down on CO2 emissions.”

Going forward, the plan is to integrate FligthAware’s data into as many of Collins’ applications as possible. “Working together with Collins we can do a lot more. It also means while we focus on our core strength, which is the data, Collins can focus on creating specialist applications for airports or airlines because they already have that expertise.”

Alongside FlightAware Collins is also showcasing its full range of solutions and cloud-based platforms that enable the development of connected, seamless and sustainable airports at this year’s PTE.