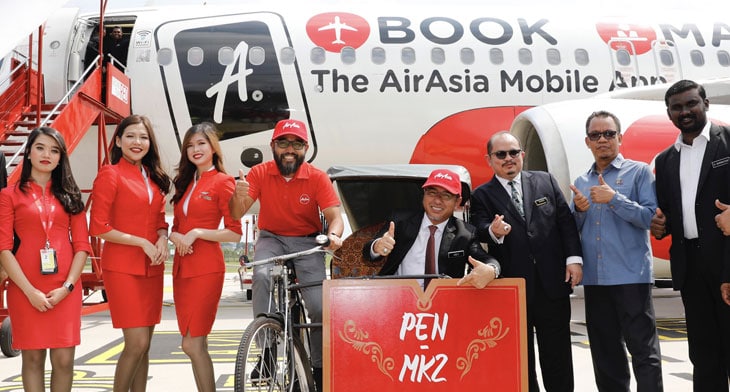 The low-cost carrier AirAsia has launched its inaugural flight from Penang to Melaka in Malaysia.

The flight was operated with an Airbus A320 aircraft and was welcomed at Melaka International Airport with a water cannon salute.

“This year, our target is to hit 20 million tourists. Under the VMY2019 initiative, we’ve introduced a variety of attractive accommodation packages and interesting activities to cater to more international and local tourists. We look forward to welcome more visitors to Melaka through AirAsia’s network.”

AirAsia Malaysia CEO Riad Asmat called it a “proud day” for the airline as well as “the people of two UNESCO world heritage sites and cities – Penang and Melaka”, adding: “The new route not only provides a boost to local tourism, but also contributes to long-lasting economic growth for the two cities.”

Asmat continued that the airline’s connectivity would open up “new flying options for the people of Melaka, particularly for those looking to travel to East Malaysia or onwards to other Asean destinations.”