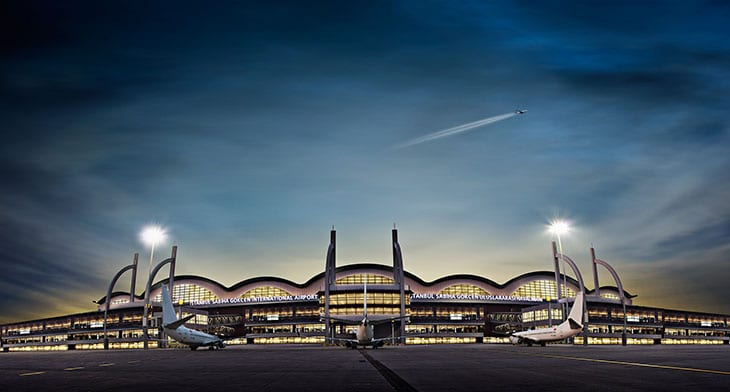 An aircraft operated by Pegasus Airlines has skidded off the runway and broken into three pieces on landing at Istanbul’s Sabiha Gökçen Airport on 5 February.

The aircraft was carrying 177 people – 171 passengers and six crew, according to Governor of Istanbul, Ali Yerlikaya. There have been three fatalities reported and a number of people have been injured.

The airline confirmed the fatalities in a statement on 6 February, stating: “There have now been three fatalities, as confirmed by official sources. Pegasus Airlines shares in the profound sorrow of all the people affected by this tragic accident.”

The Governor of Istanbul, Ali Yerlikaya, tweeted: “As of 19:40, we sent 52 injured people from Sabiha Gökçen Airport to the surrounding hospitals by ambulance.”

Turkey’s transport minister has been quoted as suggesting the incident was a result of a “rough landing.”

It is thought the flight had just arrived from Izmir when the incident occurred. Images from the site show emergency response teams helping passengers from the aircraft.

Flights at Sabiha Gökçen Airport have been diverted, held or cancelled.