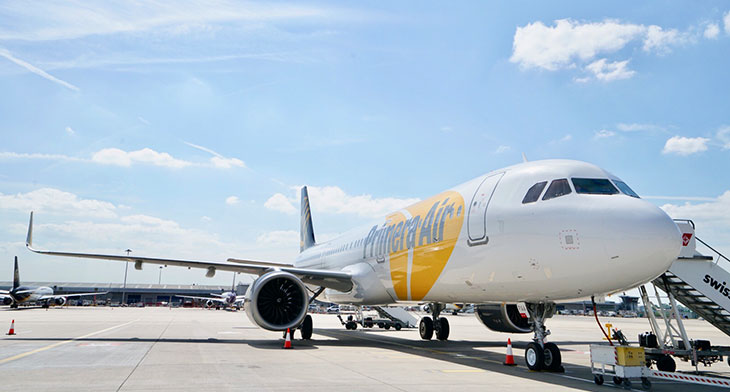 Passengers have been left stranded as the low-fare airline Primera Air ceased operations as of Tuesday 2 October.

The Danish Latvian-based carrier had been flying for a number of years between Nordic countries and mainland Europe, but earlier this year began operations offering cheap long-haul flights (with fares as low as £99 one way) between the UK and the US. After it had failed to secure funding to keep its operations running the airline announced it was ceasing operations at midnight on Monday 1 October with a statement on its website reading: “We would like to thank you for your loyalty. On this sad day we are saying Goodbye to all of you.”

According to its board the airline’s downfall had been caused by “several unforeseen events” which had cost “significant amounts of money”.

The statement also noted that these unforeseen costs coupled with the difficult environment airlines are facing now due to low prices and high fuel costs were integral to the airline’s collapse.

London Stansted Airport has advised passengers due to fly with Primera Air not to travel to the airport and instead contact the airline directly for the latest information regarding their flight.

It released a statement saying: “We understand this is a difficult time for customers whose travel plans have been disrupted and we are providing information and assistance to those who have already travelled to the airport for flights that had been due to depart today.”

Meanwhile Primera Air’s website states: “Kindly understand that the usual options for contacts (via email or phone) can not be offered any longer.”

Those who are already abroad and who were due to fly home with Primera have been advised by the Civil Aviation Authority (CAA) to make their own arrangements to return home. They have also been told to contact their travel insurer or travel agent for assistance, as the airline is not covered by the UK CAA’s ATOL protection scheme, which stops passengers losing money or becoming stranded abroad.

For some Primera’s fall from grace isn’t a big surprise. It had engaged in what some felt was an overly ambitious growth plan, announcing flights from several European capitals (including London Stansted, Madrid and Frankfurt) to North American cities including Boston, New York, Toronto and Washington with a fleet of brand new Boeing 737 Max 9 aircraft due to be delivered early next year.

In May this year the writing was on the wall when the airline was forced to drop its route from Birmingham Airport to Boston and reduce capacity on its Birmingham-Newark link following poor sales. The Newark route was later cut entirely along with services from Birmingham and Stansted to Toronto. Earlier this month Primera announced it was scrapping all long and short-haul flights from the Midlands airport as of the end of October.

Europe’s regional and low-fare carriers have certainly seen their fair share of downfalls in the last 12 months. Primera’s demise comes exactly a year after Monarch airlines went into administration on 2 October 2017. The bankrupt German airline Air Berlin also ceased operations in the same month. Earlier this year Norwegian regional carrier FlyViking also collapsed, as did the Swiss regional airline SkyWork which went into administration at the end of August. Meanwhile Belgian airline VLM ceased operations earlier this month when it cancelled all flights from London City to Antwerp after it was placed into liquidation.