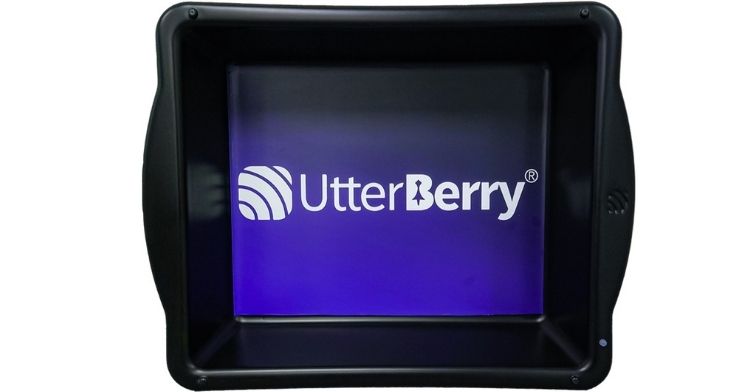 A London-based tech start-up UtterBerry has developed innovative technology with backing from the Department for Transport and the Home Office to revolutionise the airport experience by creating smart security trays.

UtterBerry is already in advanced talks with major UK airports to roll out the technology from next year, following keen interest from Northern European and Far Eastern countries for the smart trays. It began developing the technology in July 2020 as part of Future Aviation Security Solutions (FASS) programme – a joint initiative between the UK’s Department for Transport and the Home Office.

Using blockchain technology, machine learning, Artificial Intelligence (AI), and miniaturising hardware for the trays, UtterBerry’s technology can provide a real-time interface to show an overview of the trays in use at a security channel, and basic information on passengers that are being checked. The interface also provides analysis of passenger throughput and contributing factors to delays, such as time of year, weather and flights times. The integration of the X-ray operatives interface, also means that passenger information can also be displayed on the baggage inspection monitors. The data collected from the smart tray system can also predict passenger numbers, meaning staffing levels can be managed more efficiently.

It works by using a passenger with a smart car, which stores their basic details and flight information, or alternatively, a mobile app can be used. A smart card reader on the tray then allows the passenger to link their belongings to the UtterBerry smart tray. When a passenger interacts with the device, an LED will indicate the state of the tray via red, blue and green signals. Power is transferred to the tray via wireless charging when stacked in a tray return system, enabling the UtterBerry smart trays to run for long durations without maintenance or downtime.

While improved baggage handling technology has already led to a 47% fall in airline baggage losses over the past decade to 24.8 million. According to UtterBerry, its development will lower that number even further by providing a link between passenger, tray and baggage during the security part of the experience.

“We have been thrilled to work on this innovative project, providing a revolutionary security enhancement solution within airports without hindering passenger experiences,” said UtterBerry Founder and CEO, Heba Bevan.

“The UtterBerry team worked hard to ensure we maintained time scales to deliver this project despite the issues caused by the coronavirus pandemic. We hope this new technology will be adopted within as many airports as possible.”

Acknowledging how the technology was developed with the help of government funding, he also underlined that “working with HM Government has ensured we have remained within the necessary guidelines to offer the safest, most streamlined solution. Their feedback and guidance has been of great value to UtterBerry, and for that we are very thankful.”

Aviation Minister, Robert Courts MP added: “It’s my ambition for the UK to be the best place in the world for aviation and technology, and improving passenger experiences when travelling will help us achieve this.

“UtterBerry’s work to enhance security trays, will not only increase security at the border but make airport checks quicker and easier for passengers.”