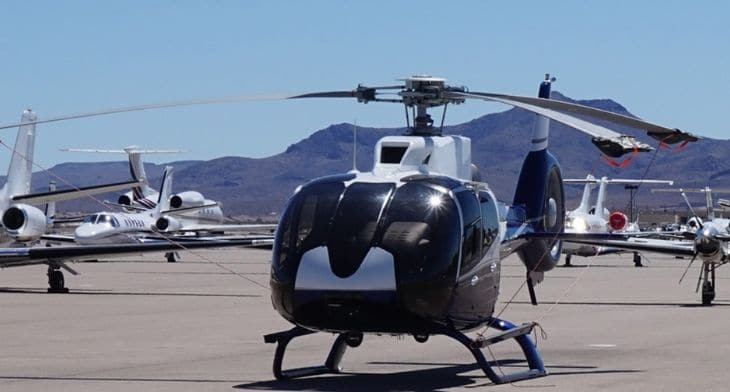 With the business aviation community converging on Las Vegas this week for the National Business Aviation Association’s (NBAA’s) Business Aviation Convention and Exhibition (BACE), the topic of climate change is high on the agenda.

As part of the show’s week-long focus on sustainability, the Clark County-owned and operated Henderson Executive Airport will for the first time ever offer Sustainable Aviation Fuel (SAF) for aircraft departing the show at the end of the week. Some 100 aircraft, including those on display at the show, will uplift the renewable fuel. Once planes have refuelled and departed the show, which ends on Thursday 24 October, an estimated 150,000 gallons of SAF are expected to have been pumped at the airport. A non fossil-power source, SAF has the potential to reduce aviation’s carbon lifecycle emissions by up to 80%.

“Sustainability, including the availability and use of SAF, is key to the future of business aviation,” said NBAA president and CEO, Ed Bolen. “We applaud airport and county leaders for partnering with us to make SAF available at Henderson Executive Airport this week.”

Nevada’s business aviation industry generates millions in economic output and hundreds of jobs across the state and Clark County is keen to support efforts to reduce the emissions footprint for business aviation. “These first steps toward a more environmentally conscious aviation operation would not be possible without strong partnerships within the industry,” said Michael Naft, Clark County Commissioner.

In addition to SAF being available to uplift at Henderson Executive Airport, Salina Regional Airport in Salina, Kansas, was also offering SAF for aircraft en route to Las Vegas. Embraer’s entire static display and demonstrator fleet, including the entry-level Phenom 100EV, light Phenom 300E, recently-certified midsize Praetor 500 and super-midsize Praetor 600 business jets, arrived at the show fuelled by SAF and will refuel at Henderson before departing .

Bolen concluded that “this initiative demonstrates that as it becomes more available, and people are increasingly aware of it, demand for use of [sustainable] fuels will continually increase as well.”