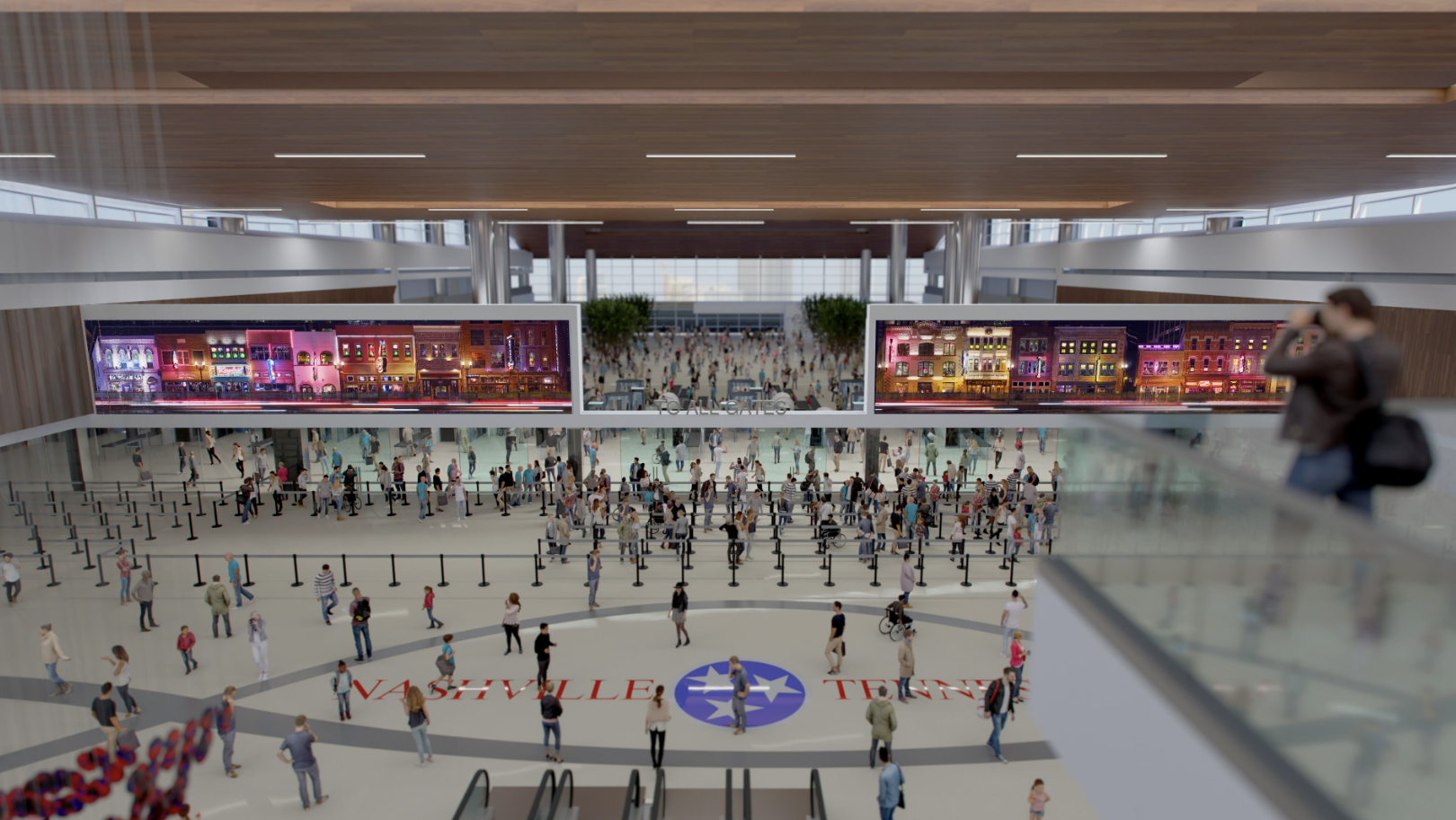 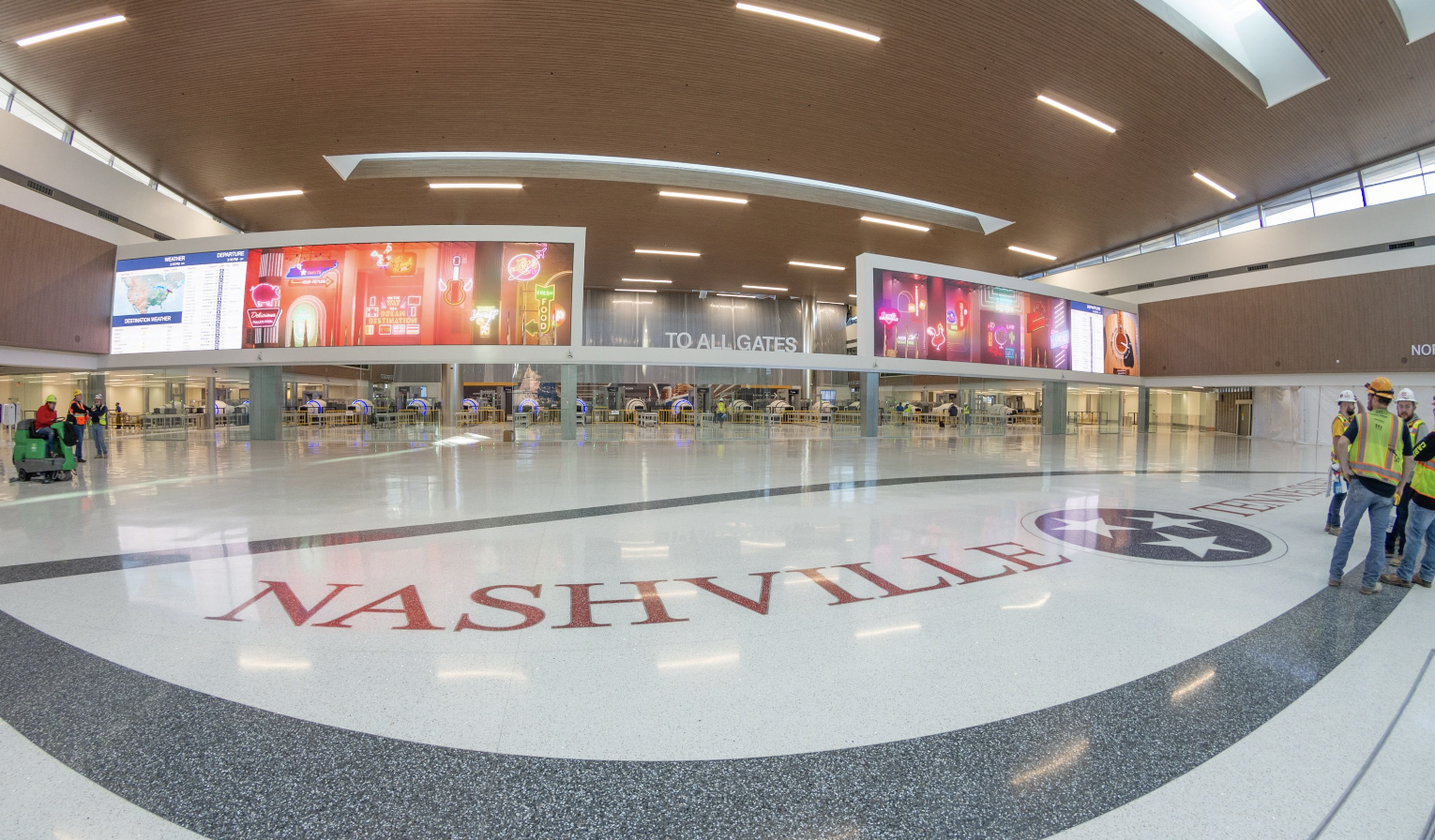 Nashville Airport in Tennessee has ushered in a new era of airport art with a a digital installation spanning 140 feet in its grand lobby.

Part of a collaboration with Gentilhomme Studio and the Metropolitan Nashville Airport Authority, the experiential multimedia showpiece which was unveiled on 24 January provides an immersive memento for passengers travelling through the airport. In the airport’s security screening area passengers will be greeted by two monumental 70 ft wide screens displaying cultural staples belonging to the Music City and and its surrounding region.

Gentilhomme is a Montreal-based creative studio which celebrates local histories and scenes to bring a sense of identity to a place and transforms the airport into its own destination. Under the mantra ‘good times await your return’, the team produced hours of original video content including advanced computer-generated imager and live action filmmaking featuring more than 20 locations within and around Nashville.

“Gentilhomme shapes experiences that provide a sense of identity to a place by creating and producing beacons of entertainment,” said Thibaut Duverneix, Founder and Executive Creative Director, Gentilhomme.

“For Nasvhille International Airport, we used a large multimedia canvas to bring Nashville’s vibrant energy to life through a series of playful vignettes. Whether it’s the city’s iconic whiskey distillation or guitar making process, the peaceful and whimsical sketches mesmerise passengers of all demographics in unexpected ways, transforming traditional signage in public spaces into a conduit for immersive storytelling,@