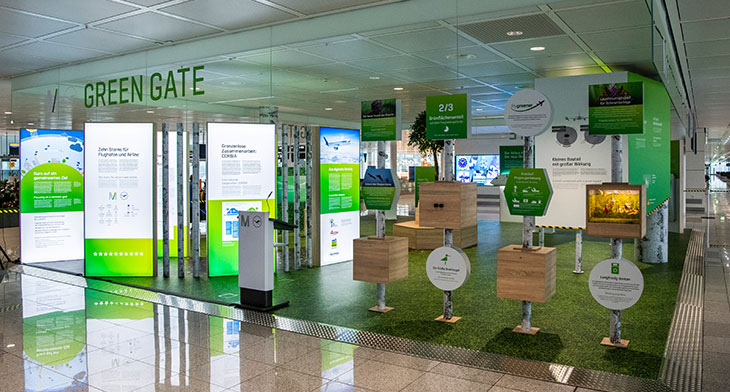 As part of its efforts to boost ecological efficiency, Munich Airport, in collaboration with Lufthansa, has unveiled its ‘Green Gate’ exhibition. Hosted in the airport’s satellite terminal, the exhibition showcases how the two companies are promoting sustainable air travel ideas.

The exhibition features a discovery zone with an appealing visual concept, centred around fascinating aspects of environmental and climate protection. Displays offer an overview of the steps already taken to improve the ecological balance as well as the future strategies. With its sustainable design and state-of-the-art climate buffer, the satellite terminal itself sets new standards for energy efficiency. It also highlights Lufthansa’s achievements in fuel efficiency, especially with its modern fleet.

There are information panels on new approach procedures, the environmentally friendly procedure for supplying aircraft with pre-conditioned air, aircraft de-icing and the recycling of de-icing fluids, air quality monitoring, and the commitment of both companies to biodiversity and noise/ sound protection. Visitors can also hop onto an LED stepper to generate electric power through their own efforts or use a CO2 calculator to measure their personal carbon footprint. 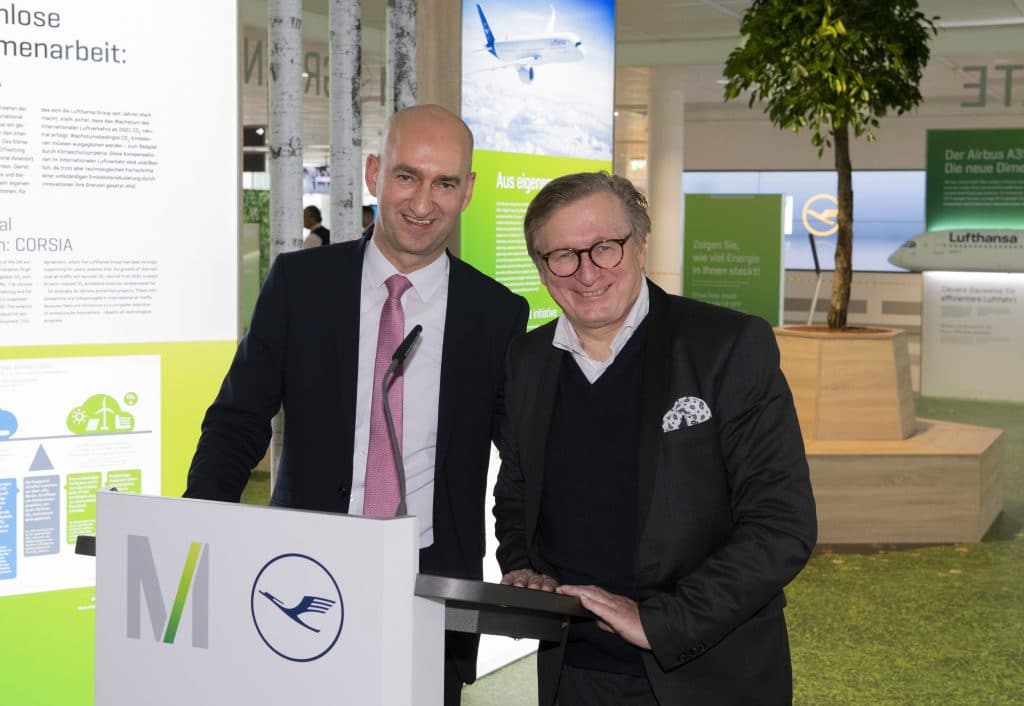 Speaking at the opening of the Green Gate exhibition, Dr. Michael Kerkloh, CEO and president of Munich Airport, said: “The airport and the airline complement one another and are working to capture synergy effects. This makes Munich Airport a leader in green aviation. Here you can see one of the world’s most advanced long-haul jetliners parked at one of the world’s best terminals. That not only creates greater comfort for passengers. It benefits the environment too.”

Noting that the aviation industry has set impressive targets to reduce its carbon footprint, including carbon neutral growth from 2020 onwards and a 50% reduction in CO2 emissions by 2050 compared to 2005, Wilken Bormann, CEO of Lufthansa’s Munich hub underlined the environmental efficiency of the new Airbus A350-900, one of the world’s most innovative passenger aircraft and part of the German carriers fleet.

“It achieves better fuel economy than any other comparable aircraft and uses an average of just 2.9 litres of fuel per 100 passenger kilometres. In addition, the new ‘whisper jet’ significantly reduces the noise impact on residents in the surrounding area. The noise footprint of the A350 is 50% smaller than that of the A340,” he said.