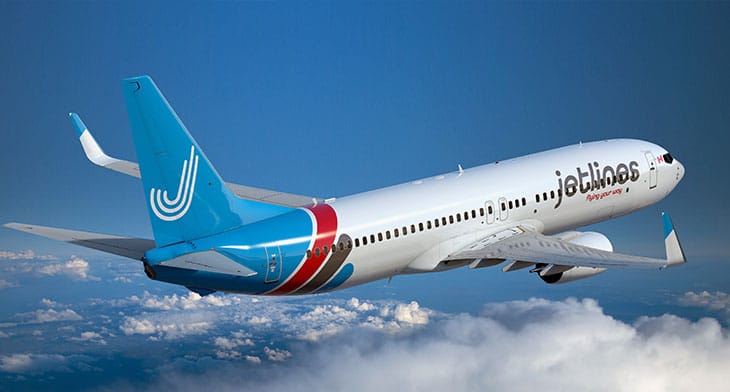 As part of a wider plan to position Montréal Saint-Hubert Airport as a major player in Quebec’s air transport sector, Jetlines has announced that it will be offering an ultra-low fare service to the airport as early as 2020.

The airport recently upgraded its primary runway to accommodate larger aircrafts, such as the Boeing 737 and Airbus A220/320 and plans for a large airport terminal are slated for construction in 2019. Located 15 minutes from downtown Montreal, the airport already features robust airside infrastructure, including a control tower and a wide offering of aviation services. The airport is operated and managed by DASH-L, a non-profit agency, which aims to develop the airport into a facility that will make air travel accessible and affordable to all those living in the Montréal and Montégérie regions.

“Given the renewed interest by scheduled carriers to operate at St. Hubert, we will accelerate our efforts to secure a designated airport status which will enable us to provide security screening services from the Canadian Air Transport Security Authority (CATSA) at an affordable rate,” said Jane Foyle, general manager at DASH-L.

At the same time our intention is to obtain customs and immigration services from the Canada Border Services Agency (CBSA) in order to offer transborder flights, which will allow us to recapture the exodus of Québec passengers who travel to US airports for their flights. These two conditions, which depend solely on federal government decisions, are necessary for us to be able to partner with air carriers of Jetlines’ calibre.

Saint-Hubert’s runway reconstruction project was supported by the Canadian federal government who injected $13 million into the project. And Foyle was keen to stress that the airport supports the federal government’s stated goal to offer affordable and efficient services to Canadians, as she stated that “the partnership with Jetlines is an important step towards that goal.”

Commenting on how Canada is the only G7 country without a true independent ultra-low-cost carrier, Mark Morabito, Jetlines executive chairman highlighted that “as a result Canadians are consistently overpaying for air travel.” He also underlined that “Jetlines is committed to growing its presence in eastern Canada and Québec by partnering for the long term with Saint-Hubert airport.”

Meanwhile, Javier Suarez, Jetlines’ CEO offered his enthusiasm for the project saying: “We are excited to enter into this partnership with Saint-Hubert airport and support their vision of building a low-cost alternative airport in the Montréal region. Montréal travellers deserve a low-cost domestic option and those looking for low-cost air travel options destined south should not have to drive across the border to Plattsburgh. The Saint-Hubert airport has our full support and we look forward to working together to design and build what will become Jetlines’ base in Montréal.