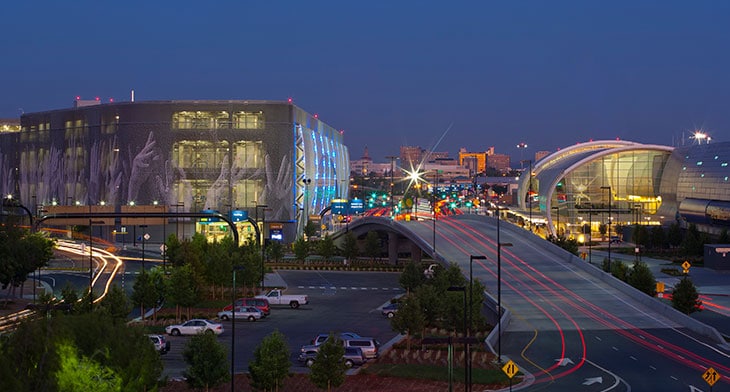 Plenty has changed in the seven decades since Mineta San Jose International Airport (SJC) first opened its doors on 1 February 1949.

For starters, the first commercial flight to land at SJC was a Southwest Airways flight carrying two pilots, seven human passengers and 2,550 baby chickens. While feathered passenger numbers might have dropped off, human passenger numbers have grown significantly since then. In 2018, the airport marked a record by serving 14.3 million passengers with nonstop services to more than 50 domestic and international destinations on three continents.

Judy Ross, assistant director of aviation for SJC said: “It’s been a remarkable 70-year journey from SJC’s beginning as a commercial service municipal airport to its transformation as an international airport serving Silicon Valley, the tech capital of the world.”

She also credited the airport’s success to its seven decades of innovative leaders, “starting with the first airport manager, Jim Nissen, hired in 1946 to oversee building the new airport when San Jose was an agricultural community, to current director of aviation John Aitken, who is leading the airport team and partners in serving our tech and tourism community who need seamless transportation to the world.”

The airport has released a video featuring images of aviation pioneers and SJC’s milestones from the past seven decades that SJC has served the South Bay community’s changing travel needs and contributed to its economic development.