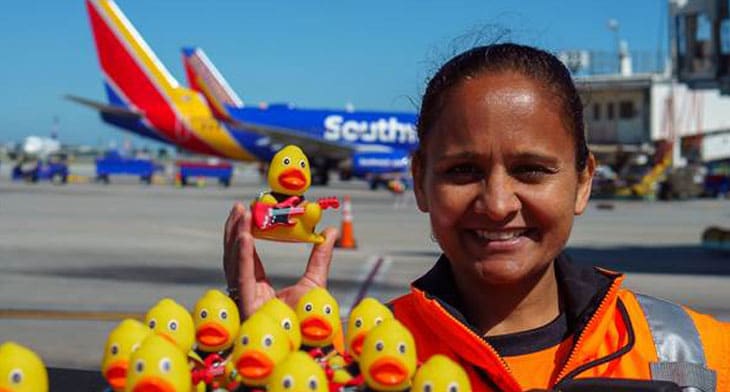 The route to Nashville will be served daily and year-round, while the summer-season service to Raleigh-Durham will operate on Sundays.

“We are thankful for Southwest Airlines and their team’s continued focus in delivering the nonstop destinations that Silicon Valley travellers have asked for, particularly in time for the peak summer travel season,” said SJC director of aviation John Aitken. “The Airport is prepared to support Southwest’s ongoing growth and offer a continued easy and efficient experience for all travellers by delivering new gates in Terminal B this week.”

Andrew Watterson, Southwest executive vice president & chief revenue officer suggested the service to Nashville “strikes the right note with both our business and leisure customers in the South Bay” and continued: “Alongside our instantly successful Hawaii service added in May, we’re working to provide relevant service for the Silicon Valley, as both privilege and enabler of our position as SJC’s number one carrier and as the airline with the largest footprint of service in California.”

This comes as the airport prepares for the opening of a new interim facility in June “to accommodate SJC’s unprecedented growth over the past four years.”

The airport has commissioned an Interim Gates Facility, attached to the south end of Terminal B and set to open on 13 June. Gates 31-35 will be turned over to Southwest Airlines, SJC’s largest airline, after the event, with Gate 36 to be operational by 1 November 2019. The airport added: “As the initial airline to operate from the new facility, Southwest will co-locate its gates in Terminal B and enhance the overall passenger experience.”

On opening, the new interim facility will accommodate 550 passengers and offer concession space and restrooms. According to a statement from Fentress Architects in December: “With the additional gates, airlines will enjoy enhanced flight scheduling flexibility, decreased delays, meet desired service levels and continue to support current operations and planned growth.”