Manchester Airport has launched an advertising and social media campaign worth £5 million to boost the international profile of the North.

The airport, which is served by low-fare and regional airlines, including easyJet, Eurowings and Ryanair, is searching for people, businesses, attractions and assets that make the North a great place to trade with, invest in and visit. It then plans to showcase these success stories to the 27.8m passengers who pass through its terminals each year.

“Manchester Airport has a critical role to play in driving growth across the North by connecting it to the world’s most important markets,” said Manchester Airport CEO Andrew Cowan. “It is this connectivity that will enable businesses to export their products and services to economies in all corners of the globe, and that will bring tourists, investors and students to our Northern towns and cities.”

Over the next year, the airport will work with leaders in each of the Northern regions to identify the things that best represent their global strengths and every month new images and artwork from the North will be added to new sites across the airport. The stories will also be promoted through a social media campaign in the UK and around the world.

The commitment was made during a visit to the airport by Northern Powerhouse minister Jake Berry, who was joined by Manchester Airport CEO Andrew Cowan to take the wraps off a collection of Northern Powerhouse images to celebrate the North’s strengths.

Cowan continued: “As well as providing direct access to more than 210 international destinations, we are always eager to promote the collective strengths of the North to those travelling through the airport, whether that be for business or leisure.”

“That is why I am looking forward to working with our colleagues across the North to showcase the things that combine to make this a world class place to visit and do business with.” 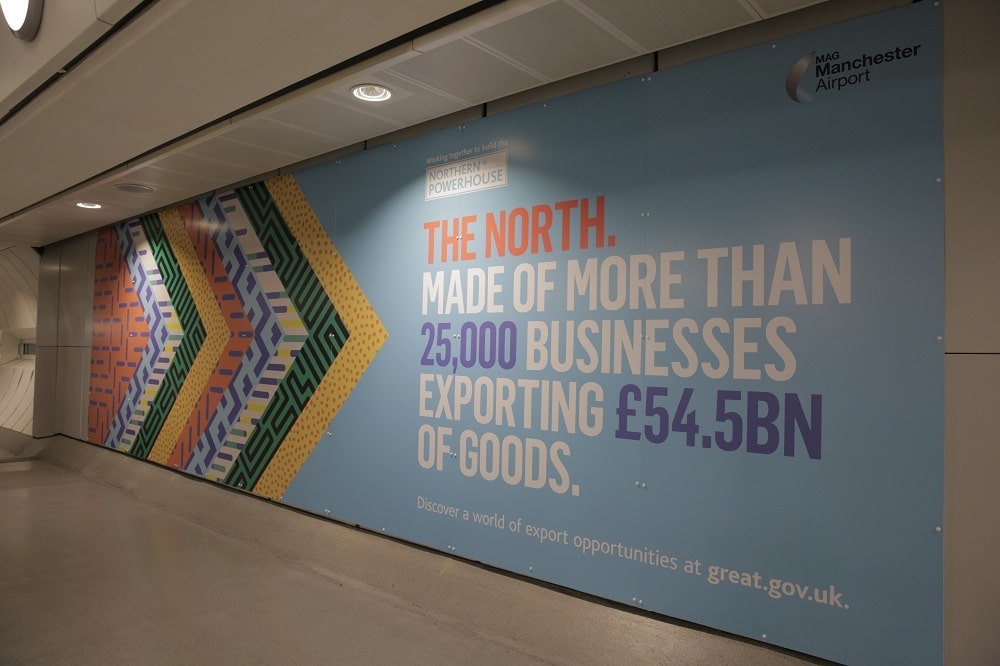 During the coming months, the Airport will work with each Northern Powerhouse region to select a series of images relating to that part of the world to go on display.

Image inset: An example of some of the artwork throughout the airport.