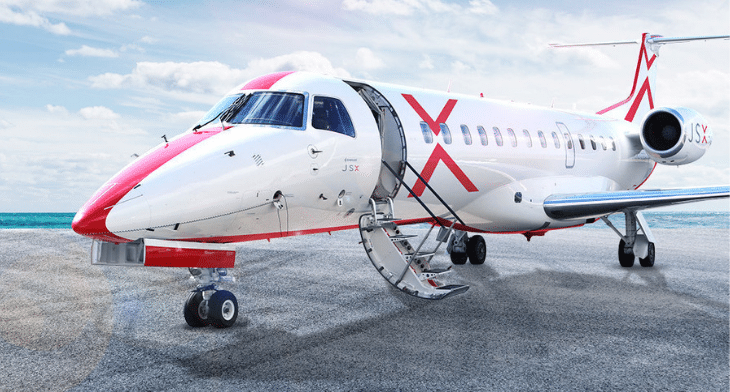 Offering a hop-on jet service dedicated to making short-haul air travel even easier, JSX (formerly JetSuiteX) has announced the return of seasonal flights to Mammoth Lakes from both Burbank and Orange County in the US just in time for the start of the winter ski season.

According to JSX by providing “joyful, simple flight experiences,” it can dramatically improve the air travel experience by offering the comfort and hassle-free experience of flying between private terminals on 30-seat jets. It operates a fleet of 30-seat Embraer 135 and 145 aircraft with fares starting as low as $119 each way.

Avoiding the queues and bottlenecks often associated with airports especially during busy holiday periods, passengers flying off on winter sports breaks from Mammoth Lakes can arrive at the airport just 20 minutes before departure from private terminals . They can check-in quickly with up to three bags including skis and snowboards for free. Once onboard, customers can relax with business-class leg room and complimentary snacks and drinks. According to JSX, its service saves customers up to two hours compared to traditional airlines.

“We’re thrilled to bring our innovative hop-on jet service to Mammoth for a third consecutive year, continuing our close partnership with Mammoth Lakes,” said JSX CEO Alex Wilcox. “JSX takes the hassle out of getting to and from the mountain with a fast, fun, and seamless flight experience that beats going to crowded airports or sitting in hours of gridlock.”

Since its inception in 2016, JSX has garnered a steady following among passengers seeking out an efficient service on short distance flights in highly desirable markets. “The Orange County route brought on last year was an instant hit among travellers, and the service both there and to Burbank is really catching on with locals and visitors, alike,” said John Urdi, executive director of Mammoth Lakes Tourism. “Success breeds success and we are looking forward to working with JSX again in 2019-2020.”

JSX currently operates from seven destinations in the US: Burbank, Las Vegas, Orange County, East Bay/Napa/Concord, Oakland, Seattle-Boeing Field and Phoenix in addition to its seasonal service to Mammoth Lakes.