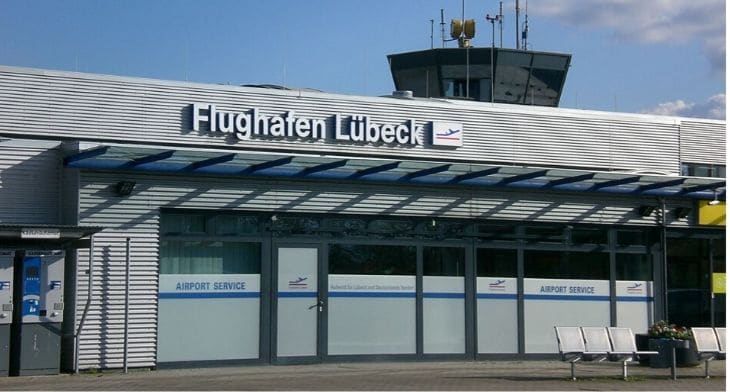 Lübeck Airport in north Germany is launching its own regional airline, Lübeck Air which will offer scheduled services to connect the city to Munich and Stuttgart.

Launching in June 2020, the airline will provide regular nonstop services to Munich and Stuttgart from June.

“With its own railway station and located at the junction of the A1 and A20 motorways, the airport’s connections are already excellent,” commented airport manager Jürgen Friedel. “Daily non-stop connections to the south of Germany will be a useful addition to the range offered by tour operators from this summer.”

Flights will be operated with an ATR 72-500 turboprop, which the company suggests has “proven itself for regional traffic.”

“We are creating an offer that many people don’t even know anymore,” chief pilot Tobias Oberschäfer commented. Each ticket includes a piece of baggage and hand luggage, a small meal onboard and a seat pitch of 89cm.

“As the Lübeck Air plane surprises with seating for only 60 passengers – all of them window or aisle seats,” he continued.

The airline will also host a Falcon 7X with a range of up to 12 hours, offering business and VIP charter flights and able to land at very small airports.

The airline will be located at Lübeck Airport which currently serves mainly general and business aviation, however, its operators intend to make it the largest commercial airport in Schleswig-Holstein for scheduled and charter airport once again. The airport filed for insolvency in 2014 and commercial services ceased in 2016.

Since then the airport has gained a new operator and is currently going through the process of a terminal modernisation project with construction of an extension hoped to be finished in June. The terminal will be extended with a new waiting area and baggage claim while the old terminal has received a new look and will accommodate shops and check-in gates as well as offices and a restaurant with a large viewing terrace.

The airport has plans to grow, aiming to make the airport attractive for business and private flights as well as scheduled and charter flights. On its website the airport says: “Since mid-December 2018, the Airport Lübeck has had legal certainty for our development and building intentions. This has put an end to a waiting time of almost 10 years. Now the long-planned measures can be taken so that the resumption of scheduled and charter air traffic can finally become a reality.”