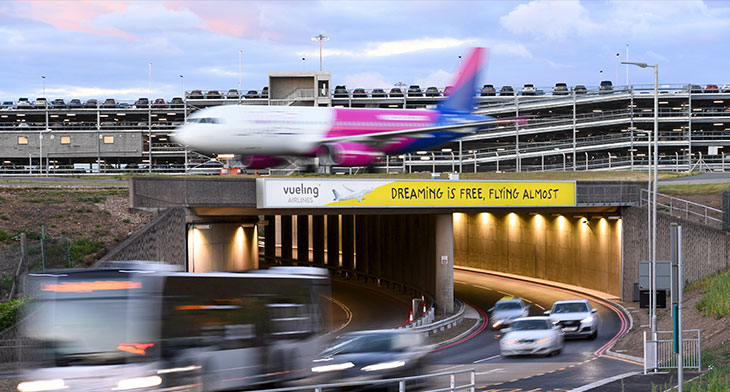 Having welcomed 15.7 million passengers in 2017, an 8.6% increase compared with the previous year, London Luton (LLA) has marked 2017 as its busiest year on record.

Celebrations are set to continue at the airport throughout 2018 as it will be celebrating its 80th anniversary this year, which will be marked by the opening of the newly extended terminal building.

The new terminal will feature a new boarding pier with eight new boarding gates, as well as a greater variety of shops and restaurants. Eight certainly seems to be the magic number at the airport this year, as Wizz Air is introducing eight new routes including Athens in Greece, Larnaca in Cyprus, Keflavik in Iceland and the Italian city of Bari.

The popular low-fare carrier and Luton’s biggest airline, easyJet, has also announced five new routes including to Genoa in Italy and Reus in Spain. The increase of destinations served from Luton comes hot on the heels of a significant expansion of the airport’s route network in 2017, which saw the addition of 22 new routes.

“2017 has been another record breaker at LLA” said Nick Barton, CEO of LLA, before adding “we look forward to welcoming even more passengers as we enter our 80th year.”

As the demand for passenger air travel in the South East continues to grow, LLA plans to increase its annual capacity by 50% by 2020 by investing £150 million in the airport’s infrastructure and facilities. The airport is also campaigning for improved rail links, calling for four fast trains per hour to stop at Luton Airport Parkway station as part of the new East Midlands Rail Franchise.

Throughout 2018, passengers will see the airport transformed as we officially open our new terminal and reach the first phase of construction for the Mass Passenger Transit system, which will replace the current shuttle bus and create a rapid link between the train station and the terminal. However, this is only part of the solution to better public transport links and is why we continue to call on the government for four fast trains per hour between central London and Luton Airport Parkway.