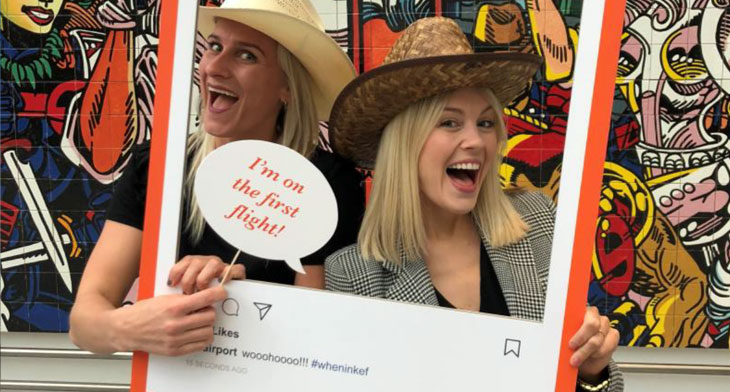 Iceland’s Keflavik Airport continues to grow its route network with three new links to Dallas/ Fort Worth Airport in the US. The new route will be served by two Icelandic carriers, Icelandair and the low-fare carrier, WOW, as well as new airline partner, American Airlines.

The new connections mean that by mid-June, the Icelandic gateway will be connected to the Texan airport a total of 13 times a week. Across all three services 2,600 weekly seats will be offered on this transatlantic route.

WOW air launches its twice-weekly connection on 23 May, with Icelandair hot on its heels adding a four times weekly service from 30 May. American Airlines will join the ranks on 7 June, offering daily operations.

Commenting on the significant addition to its route network, Hlynur Sigurdsson, commercial director, Isavia said: “To launch three connections in as many weeks to such a large international hub is a sign we remain on the road of rapid growth and airlines continue to recognise the opportunities available.”

He also added that with Dallas/ Fort Worth being one of the busiest airports in the world with an extensive network, the new flights represent substantial choice for passengers flying from Kevlavik. Furthermore, they will also “allow passengers from North Texas to benefit from our ever-expanding route map, giving them access to Iceland as well as numerous further destinations,” he said.