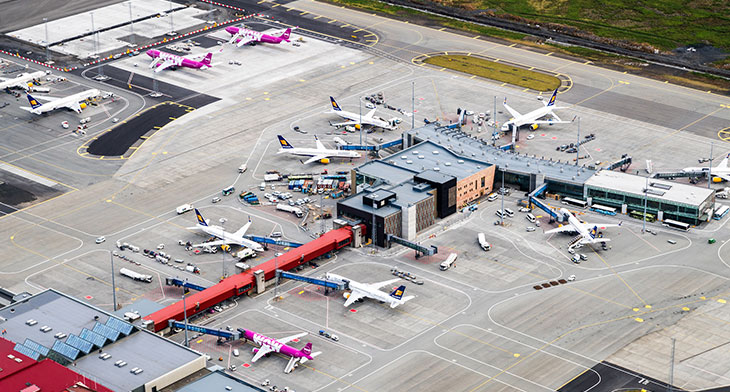 Keflavik wraps up 2017 with 8.8 million passengers

Having welcomed 8.8 million passengers by the end of 2017 – nearly two million more passengers than the year before – Keflavik Airport passenger numbers have grown by an immense 28%.

The record-breaking year comes as a result of balanced growth across Origin and Destination (O&D), as well as connecting traffic, at the Icelandic hub explained Hlynur Sigurdsson, commercial director, Isavia. “It’s exhilarating to be part of the rapid growth we’re experiencing here at Kevlavik and it’s showing no sign of slowing down.”

Sigurdsson added: “To get a clear idea of how rapidly our airport is growing, just two years ago we welcomed 4.8 million passengers which means in 24 months we’ve nearly doubled our traffic. Forecasts are already suggesting we will not only hit the definitive 10 million passenger mark but significantly pass it this year.”

Copenhagen was the most frequently-served destination from Kevlavik in 2017 with around 1,750 flights to the Danish city throughout the year, while its closest destination Vagar in the Faroe Islands was served just 43 times.

Boosting its route network further in the coming months the airport is scheduled to launch a further 14 links in the first half of 2018. Five of the new routes are within Europe while additional routes (with the majority served by WOW Air) to Detroit, Cleveland, Cincinnati, St Louis, New York and Dallas will significantly increase Iceland’s links to North America, with Keflavik being connected to 28 destinations on the continent.