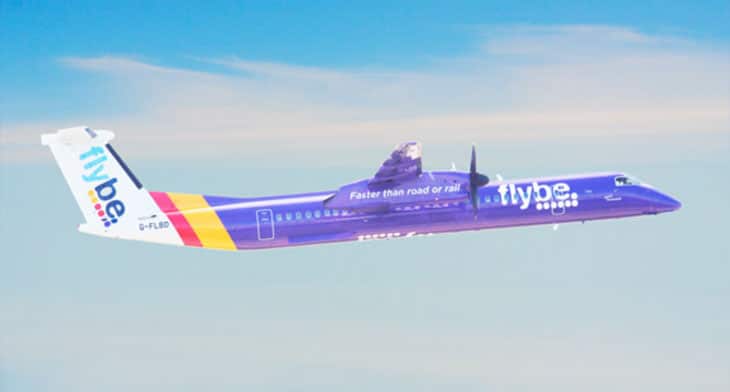 UK airports and industry leaders have responded to reports that Europe’s largest regional airline Flybe is on the brink of collapse.

The news of the airline’s possible demise comes a year after the carrier was brought by Connect Airways – a consortium led by Virgin Atlantic and Stobart Group. Flybe was set to be rebranded this year under the name ‘Virgin Connect’.

Sky News has reported that the UK Government is understood to have been briefed on the Flybe crisis in the last few days, with more than 2,000 jobs at risk if the company does collapse.

Flybe has so far remained tight-lipped over the collapse threat. A statement from the airline on Twitter read: “Flybe continues to provide great service and connectivity for our customers while ensuring they can continue to travel as planned. We don’t comment on rumour or speculation.”

Cardiff Airport’s Chief Commercial Officer also commented on the social media platform that “Flybe’s operations into and out of Cardiff are operating as normal – we understand that there are no disruptions to scheduled services across any of their UK network. Our customers are our primary focus, we will endeavour to keep them fully updated.”

Meanwhile Manchester and Belfast City are among airports that have been promoting Flybe’s ‘JanYAYry’ sale over the last couple of days.

Carrying 8 million passengers a year, Flybe operates from 71 airports across the UK and Europe, offering more than 189 routes across 12 countries. Providing a convenient alternative to cities and regions poorly connected by rail, one of the airline’s key selling point is its UK domestic services – connecting more than 24 regional airports outside of London. Subsequently the regional carrier is popular among business travellers  providing a crucial service to many smaller UK airports that depend on the day-to-day flights.

Although the Virgin Atlantic and Stobart-led consortium agreed to pump £100m into the airline, it has continued to struggle under industry challenges. Rising fuel costs, Brexit-related uncertainty, a weak pound and industry price war have all had a significant impact.

The airline is the largest independent airline in Europe, carrying 8 million passengers a year between 71 airports across the UK and Europe and also flying from more UK airports than “any other airline.”