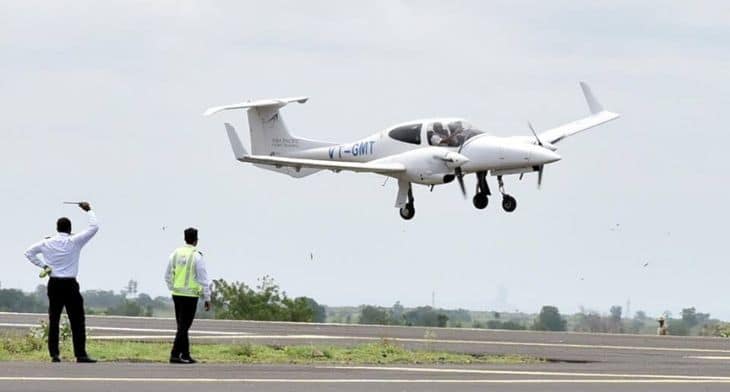 The Finance Minister of India has revealed a proposal for 100 airports to be developed by 2024 as part of the country’s regional connectivity scheme.

Presenting the Union Budget 2020-21 which has been structured around the theme of “Ease of Living,” the Finance Minister Nirmala Sitharaman revealed a series of moves aimed at “energising the Indian economy.”

The budget included the goal of developing 100 more airports by 2024 through the UDAN scheme, which aims to improve regional connectivity and access to flights across the country. The minister commented in her presentation that India’s air traffic has grown rapidly compared to the global average, with the numbers of aircraft in-fleet expected to rise from 600 presently to 1200 in this time.

The minister said the aims of the budget include improving physical quality of life through infrastructure investment, adding that infrastructure was crucial to economic development.

The Ministry of Civil Aviation is also launching ‘Krishi Udaan’ to transport horticultural and perishable products by air from produce-areas, aiming to particularly benefit the north-east and tribal districts.

Meanwhile, also included in the budget, the Finance Minister has proposed allocating Rs 2,500 crores for the tourism sector to boost international and domestic tourism and boost the attractiveness of India as a destination. India moved up in the Travel & Tourism Competitive Index (World Economic Forum) from 65 in 2014 to 34 in 2019.

Speaking last month at a launch event for Wings India 2020, a flagship event of the Indian Civil Aviation industry which will be held in March, the Minister of State for Civil Aviation, Shri Hardeep Singh Puri highlighted the potential of aviation and said: “India, being the third largest domestic Civil Aviation market in the world and showing a robust growth, is poised for greater heights.”