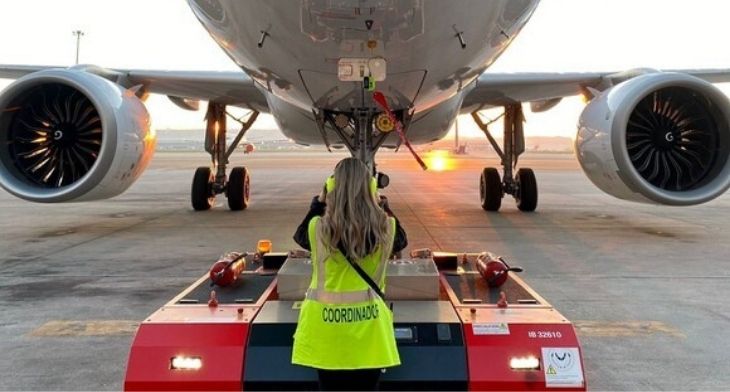 Iberia Airport Services looks back on a successful summer

Iberia Airport Services (IAS), has revealed that it recovered nearly 70% of its 2019 activity over the summer.

The airport handling unit which serves more than 100 airlines in 29 Spanish airports, racked up 23 million passengers served over the summer 2021 months. From June through September IAS attended more than 93,000 aircraft and handled some 16.5 million pieces of luggage, which amounted to 70% of the activity registered in the summer of 2019.

“This summer was the turning point in the recovery of our airport handling business,” said Iberia’s Airport Manager, Jose Luis de Luna. “Now we face the challenge of winning the biggest number of licences, in which we are bringing to bear innovative solutions based on the latest technology, which translates into better customer service, more efficient use of our resources, and a more sustainable footing for our business.”

Worth around €1000 million, Spain’s airport handling licences are awarded every seven years by the country’s national airport authority, AENA.

With the licences due for renewal this year, IAS is preparing its bids with the aim of strengthening its position with innovative solutions that can ensure better services tailored to individual customer needs.

During the pandemic the company acquired eight new electric powered pushback tractors, that are operated by remote control. The ‘greener’ GSE has already been used to move more than 3,000 aircraft at both Madrid and Barcelona airports.