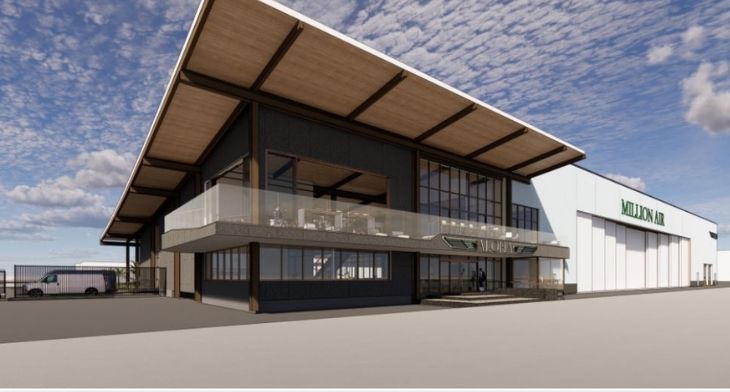 Freeman Holdings Group is all set to open Million Air Honolulu at Kalaeloa Airport, which is also known as John Rodgers Field Airport. The Kalaeloa air transport hub is centrally located between Honolulu and Ko Olina and is the ideal gateway for recreational or business trips to the tropical paradise.

The airport’s location, combined with its infrastructure and low air traffic compared to Honolulu International Airport make it a convenient choice for aircraft travelling to and from the US mainland. It can accommodate a wide variety of aircraft with its expansive ramps and long runways – 8,000ft and 6,000 ft. The airfield has also recently undergone some improvement works  including runway resurfacing, airfield lighting, communications and emergency systems.

Million Air Honolulu plans to boost aviation traffic in Kapolei with the addition of a 30,000 sq.ft. hangar, 8,000 sq. ft. state-of-the-art FBO and restaurant and a brand new fuel farm with a planned capacity of 240,000 gallons of jet fuel and 15,000 gallons of avgas.

“As an organisation, we are always looking for underutilised airports across the country that would benefit from our involvement and private investment that would serve as a catalyst for increasing activity at these types of airports. We have had a successful track record of accomplishing these goals at other airports where we currently operate. We have long had (Kalaeloa) on our list of potential growth locations, and after some due diligence, we felt it was a project worth pursuing,” said Scott Freeman, CEO, Freemans Holding Group.