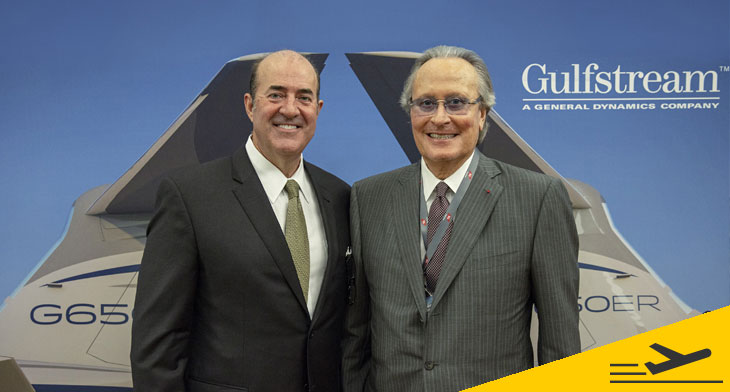 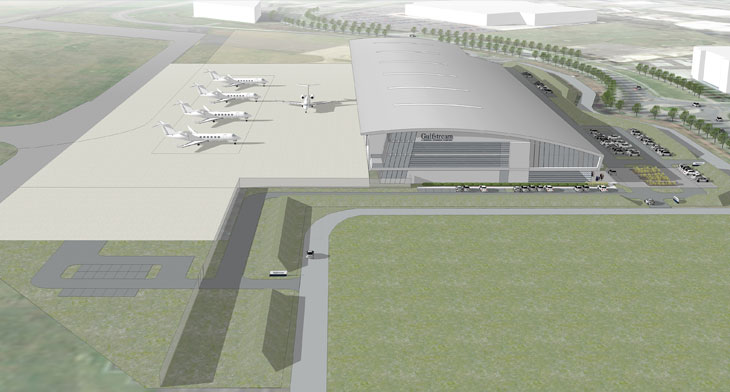 TAG Farnborough Airport, a bespoke business aviation airport in the UK, has been chosen as the location for Gulfstream Aerospace Corporation’s London Area Service Centre.

Farnborough is the latest addition to Gulfstream Aerospace’s network, as it has announced several new MRO facilities and expansions in the last six months, including Van Nuys in California; Appleton in Wisconsin; Savannah and now the UK.

A state-of-the-art, purpose-built facility is expected to be operational at the Farnborough base by the end of 2020.

Expected to cover 180,000 to 220,000 ft2 the new maintenance, repair and overhaul (MRO) facility will feature office space, customer area, shop space and a hangar able to accommodate up to 13 large-cabin aircraft. It will aslo include a car parking area, as well as significant ramp space.

“We welcome this investment which will benefit the regional economy and underpin the airport’s role in supporting jobs and economic development. As Europe’s leading business aviation airport and a London gateway, we are well placed to meet the specific requirements of Gulfstream and its customers,” O’Reilly continued.

Graham Stuart, minister for investment added: “TAG Farnborough Airport being selected as the location for the new MRO facility is yet another vote of confidence in the UK’s aerospace sector, which is already responsible for 17% of the entire global aerospace market.”