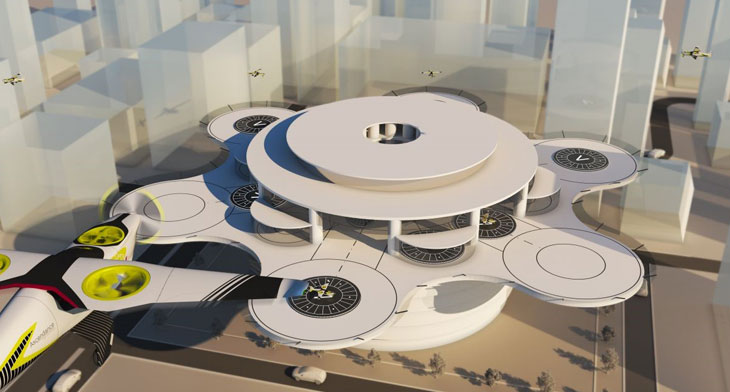 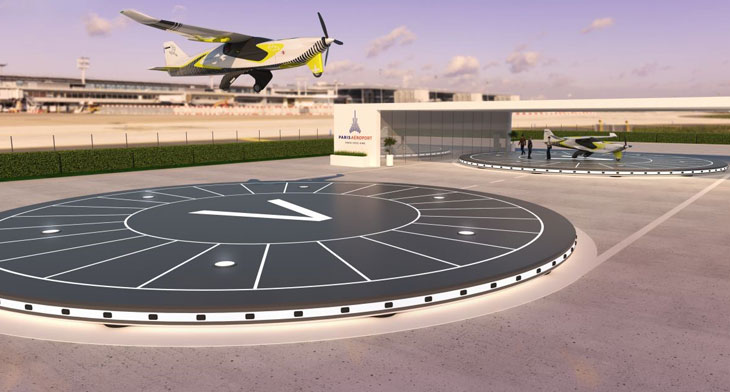 In response to the growing interest in VTOL (Vertical Take Off & Landing) airports French-based Groupe ADP has unveiled its vertiport model, which it plans on launching in 18 months at one of the group’s 10 aerodromes.

Vertiport’s offer an additional transport solution to complement existing modes of transport where an airport is already a major interchange. Groupe ADP will analyse the assets of each aerodrome based on around 20 criteria (including safety, access, available space, operations and urban environment) before announcing the chosen site for its vertiport at the end of 2019.

The proposed solution offers mobile launch pads so that once the VTOL aircraft is in place, various functions can be completed by moving the platforms: landing, passenger disembarkation, maintenance, passenger embarkation and take-off.

“A lot of attention has been paid to the flying object, and at least s much should now be given to the conditions to launch this service and its acceptability,” said Edward Arkwright, deputy CEO of Groupe ADP. “This is because the flying vehicle is only a new expression of airport activity, which we expect to play a leading role in the development of VTOL technology in Paris, and internationally, thanks to an agnostic vertiport model and the deployment of a demonstrator in 18 months at one of our aerodromes in the Paris region,” he added.