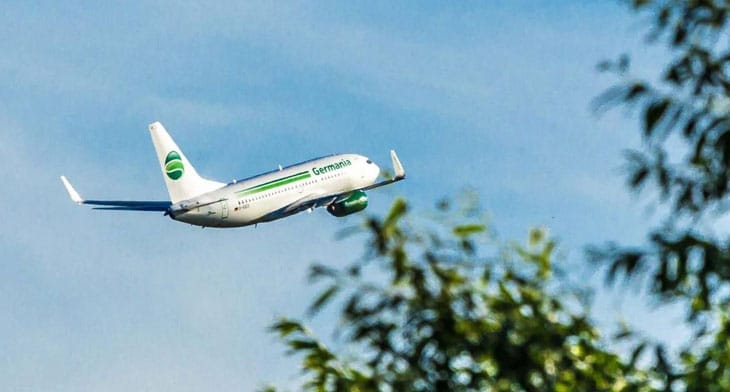 Low-fare German leisure carrier, Germania, is strengthening its presence at Bremen’s Hans Koschnick Airport, by stationing an additional aircraft there. The move will bring the total number of aircraft based at the airport to three, a number that is set to increase to four aircraft in summer 2019.

The gateway to north-western Germany, Bremen Hans Koschnick Airport serves as a base for Germania and Ryanair, but is also served by a handful of other airlines, including Eurowings and Small Planet Airlines. The low-fare German leisure carrier’s increased presence will consolidate its position as the leading holiday airline at Bremen airport, while also creating 34 new jobs.

“Given the changes affecting the constellation of German airlines, we decided to expand and further develop relations with our bases in regional conurbations,” said Claus Altenburg, sales director at Germania, explaining how the airline sees growth potential in Bremen and is also expanding its technical division at the airport.

As of winter 2018/19 onwards, the airline will be operating flights from Bremen to all the larger Canary Islands, as well as a new weekly flight to La Palma. Meanwhile from March, Germania passengers flying from Bremen will be able to take advantage of year-round links to Palma de Mallorca (Balearic Islands, Spain) and Athens (Greece), while capacities on services to the popular holiday resort of Antalya in Turkey will also be increased.

In addition to developing its leisure schedule, Germania is also looking at various city pairings in partnership with Air Europa.

“A business partner like Germania is of great value because of the airline’s long-term commitment to the region,” said Ekkehart Siering, state councillor for economy, labour and ports in the Senate. “With Germania, Bremen can continually expand its traffic flow, incoming traffic and trade, and plan specific infrastructure investments,” Siering concluded.