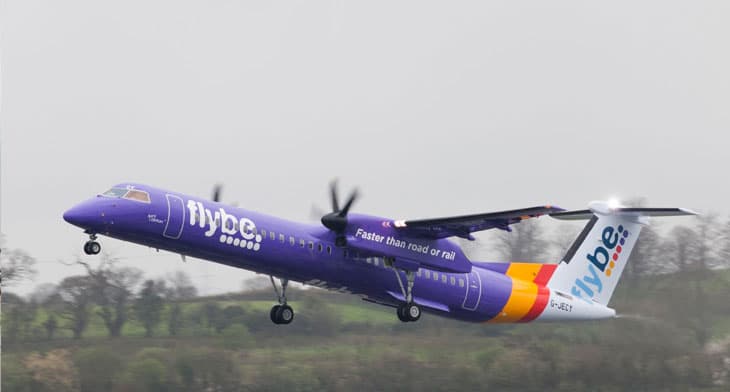 In an article in Scotland’s national newspaper, The Scotsman, Ourmières-Widener, said the pier service – where aircraft were positioned – at Edinburgh was “appalling”. She added: “They would be putting the big aircraft on parking stands [adjacent to the terminal] and small ones on remote positions – bussing customers.”

Telling Scotland on Sunday: “I do not think the customer experience is where it should be”, Ourmières-Widener underlined that there is room for improvement in Flybe’s relationship with the Scottish hub. “We need to convince Edinburgh that we have value for them, feeding traffic to and from Scotland.

“Airports like to optimise their assets with large planes rather than turboprops, but we provide feeder traffic,” she stated.

Flybe serves around 645,000 passenger a year on 13 routes from Edinburgh and flies to Heathrow four times a day, with a fifth link planned if it can reach an agreement on charges at Scotland’s busiest airport. Meanwhile Ourmières-Widener described its relationship with Glasgow and Aberdeen airports in Scotland as “better” and “more mature”.

Edinburgh is currently in a period of strong passenger growth. It handled a record 1.5 million passengers throughout July and has just completed its busiest ever September. It was also named Airport of the Year at the National Transport Awards in London earlier in October.

In response to the Flybe CEO’s criticism, a spokesperson for the airport was reported in The Scotsman as saying: “We work with more than 30 airlines and have never turned away an airline which has looked to set up a base at Scotland’s busiest airport. We have a strong relationship with all of our carriers and display parity and equity to all of them.”

Describing how it is focused on “ensuring the maximum number of passengers benefit from the easiest-to-use facilities and shortest journey times,” the spokesperson added: “this tends to result in stand allocations based on size of aircraft.”