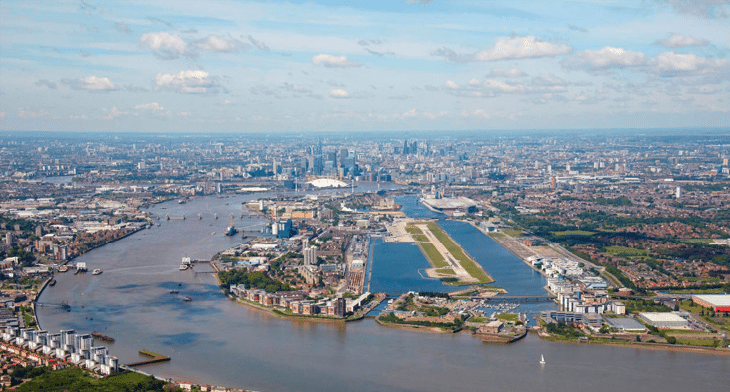 London City Airport confirmed it would be open as normal on Tuesday after the discovery of a World War Two ordnance in King George V Dock caused it to close on Monday with all flights in and out of the airport cancelled.

Following the safe removal of the ordnance from the dock, the airport is now open. CEO Robert Sinclair said: “The World War Two ordnance discovered in King George V Dock has been safely removed by the Royal Navy and Met Police. As a result, the exclusion zone has now been lifted and the airport will be open as normal on Tuesday.”

Sinclair thanked the Navy, Police and the London Borough of Newham for their professionalism and everyone affected by the disruption for their patience.

In a news report on its website, the Metropolitan Police said that the unexploded WWII ordnance was discovered as part of pre-planned work at London City Airport and reported to the police on Sunday 11 February. Specialist officers and the Royal Navy confirmed the nature of the device.

On Sunday evening the decision was made with the Royal Navy to implement a 214-metre exclusion zone to ensure the ordnance can be safely dealt with whilst limiting any risk to the public.

In a statement on Monday, Sinclair said: “All flights in and out of London City on Monday are cancelled and an exclusion zone is in place in the immediate area. I urge any passengers due to fly today not to come to the airport and to contact their airline for further information.”

Sinclair added: “I recognise this is causing inconvenience for our passengers, and in particular some of our local residents. The airport is cooperating fully with the Met Police and Royal Navy and working hard to safely remove the device and resolve the situation as quickly as possible.”

The Metropolitan Police said: “While we endeavour to progress the operation as quickly as possible and minimise disruption, it is important that all of the necessary steps and precautions are taken to ensure it is dealt with safely. We would like to thank everyone affected for their patience and cooperation.”

London City Airport confirmed it is back to ‘business as usual’ on Tuesday.