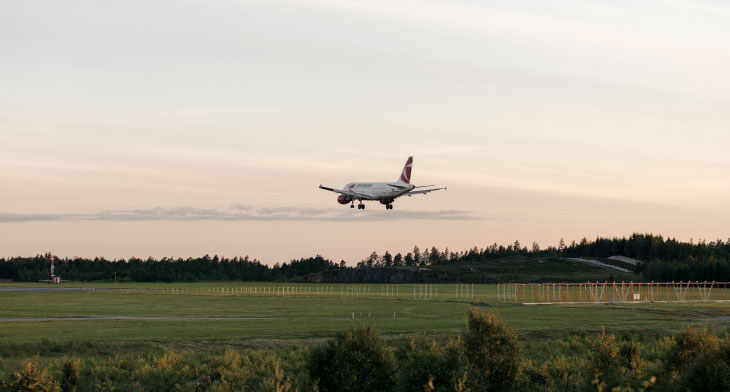 As part of its ongoing commitment to tackling climate change, the Swedish airport operator, Swedavia, is supplying sustainable aviation fuel (SAF) at five of its airports from 5 June while stocks last. The fuel, which is a blend of SAF made from used cooking oil and traditional jet fuel will be available at Stockholm Arlanda, Åre-Östersund, Malmö, Göteborg Landvetter and Umeå airports.

The venture is part of Swedavia’s strategy to achieve Sweden’s goal for fossil-free Swedish air travel by 2045. The airport operator has worked for a number of years to promote large-scale use of sustainable aviation fuel, which can reduce CO2 emissions by up to 80% compared to traditional jet fuel. The SAF supplied at the five airports will primarily be used to offset the carbon emissions impact of staff travel across its locations.

As one of the leading producers of renewable fuels from waste and residues, Neste is supplying the SAF being used by Swedavia through the operator’s fuel supplier, Air BP. The fuel supplied to Swedavia’s airports was refined in Belgium, before being transported by ship to Gavle in Sweden, where it was mixed and tested, then delivered to Stockholm Arlanda by rail and the other airports by tanker.

While SAF offers the only viable drop-in alternative to fossil liquid fuels for powering commercial aircraft, Swedavia’s president and CEO, Jonas Abrahamsson points out that “the quantities produced are far too limited and the fuel is too expensive.” He adds that “investments in large-scale biofuel production and well-functioning policy instruments that can drive the necessary transformation to fossil-free air travel are therefore needed.”

Lena Wennberg, Swedavia’s sustainability and environmental manager referenced how its climate work is founded on two pillars. “We have already made great progress in reducing emissions from our own operations. Today our airports are among the most climate-smart in the world. At the same time, it is just as important that we contribute to the transformation of the entire industry, with investment in biojet fuel being one of the keys,” she said.

Swedavia aims to have 5% of all jet fuel used for refuelling at Swedish airports to be fossil free by 2025, while all 10 of its airports will have zero emissions from their own operations by 2020.