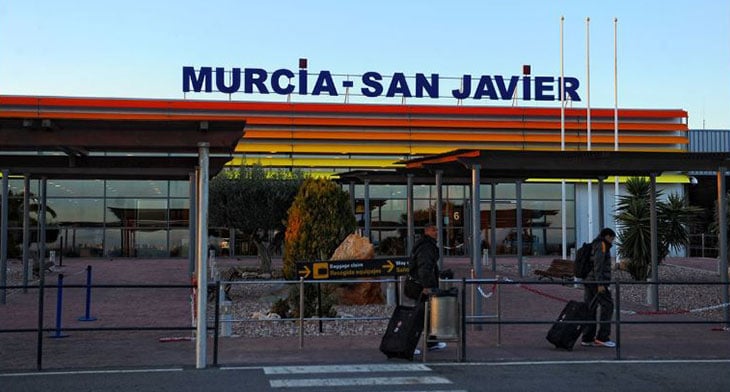 End of an era for Murcia-San Javier Airport

Despite being described as a “profitable airport” and in operation for over 20 years, Monday 14 January saw the last flight from Murcia-San Javier Airport in Spain take off.

The Ryanair service to Manchester departed on schedule at 20.40 with many passengers describing the situation as “sad”.

Services to Murcia will now be transferred to Corvera Airport, which despite being completed in 2012 only opened for business on Tuesday 15 January. The new airport is being managed by the state airport company, AENA.

Currently passengers flying to and from the new airport can connect with Antwerp, Manchester and London Stansted, but Volotea is due to launch a service to and from the region of Asturias in northern Spain this summer. Meanwhile, the Murcia government is now pushing for services linking Corvera with Madrid and Barcelona.

The decision to close Murcia-San Javier (a coastal airport in the Costa Calida) and open Covera 30 km inland has been meet with some controversy. However, both Ryanair and Aena have pointed out that ‘tourists are not attracted to destinations by airports but by the regions in which the airports are located’. The responsibility to promote the region and increase connectivity is a task for the regional government and local tourist authority.

And for those employees that have accepted a transfer to the new airport, the additional travelling costs and time are something they will simply have to absorb.