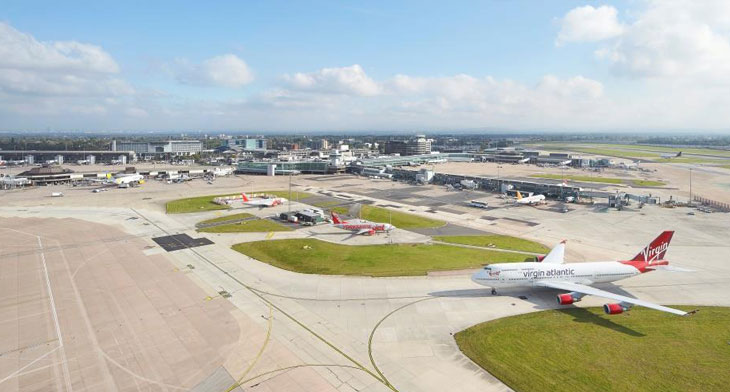 The Easter weekend is nearly upon us and airports have been preparing for what is set to be a busy weekend.

In the UK alone, 150,000 passengers are set to fly to or from low-cost carrier easyJet’s UK airports on almost 1,000 flights on Good Friday “toppling the record for the most passengers travelling with the airline on one day during the Easter period.”

While passengers are preparing to hop off for a short break, some airports have been unwrapping early spring treats.

Meanwhile in Sweden, airline and airport customers are to see a gift that keeps on giving as they are set to take delivery of sustainable aviation fuel through an agreement between Neste and Air BP.

Taking over all social media feeds, the Jewel Changi Airport in Singapore has officially opened to the public in a glittering reveal. The facility links the hub airport’s terminals and aims to offer a “lifestyle destination” offering unique attractions and shopping experiences. Features also include the world’s tallest indoor waterfall.

However, airports in Spain may be approaching this weekend with some trepidation as a series of strikes taking place are anticipated to cause delays. Airport security workers at Madrid Barajas Airport began an “indefinite” strike on 12 April and UK travel advice suggests “it’s unclear when this strike will end.” Two unions, USO (Workers Trade Union) and UGT (General Union of Workers) are calling for a strike of ground staff at Spanish airports, amounting to approximately 60,000 workers, on 21 and 24 April. Talks between the unions and employers on 17 April were unsuccessful and so the unions have maintained the call.

Whether staying at home or hopping abroad, all that is left to say is to wish you a safe and seamless break!