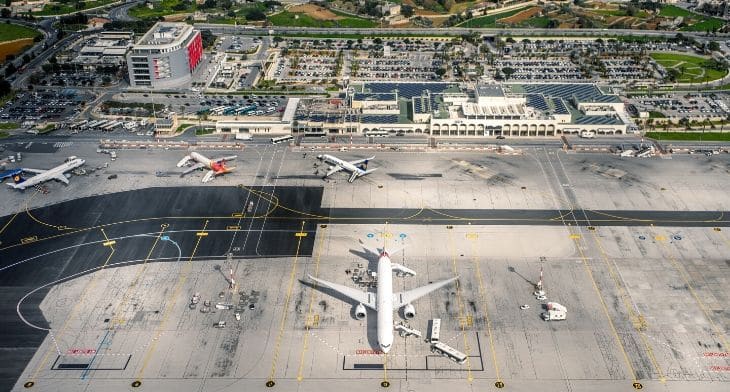 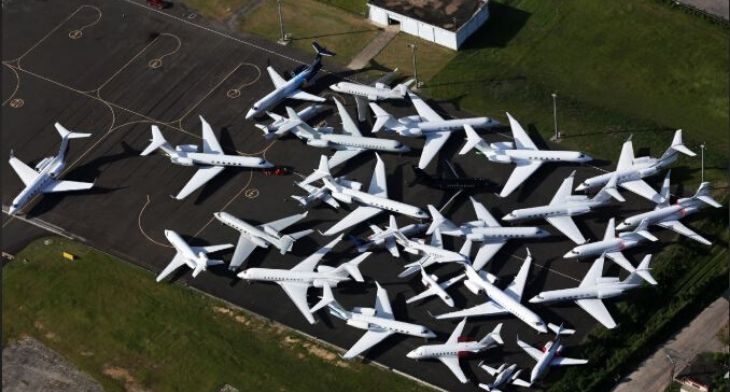 As airlines increasingly operate skeleton services and ground their aircraft in response to the falling demand in traffic as a result of the COVID-19 pandemic there’s a new issue arising. Where to park all these aircraft?

According to Flightradar24, there can be anywhere up to 20,000 flights in the sky at any one time but as the number of airlines suspending their services grows daily, airports across the globe are finding themselves serving as giant parking lots.

Cirium data has found that the number of planes in storage has doubled to more than 5,000 since the start of the year. More are expected to be parked up in the coming days with carriers including Qantas, GOL, Singapore Airlines and Emirates all suspending their services.

Qantas is already in discussions with airports and the government about parking its aircraft. Avalon Airport, west of Melbourne, expects to take 50 planes from Qantas and its low-cost offshoot, Jetstar. Reports suggest that Qantas is sending 30 engineers to Avalon to help maintain the planes so they can re-enter service once demand picks up again. The Australian carrier also plans on parking some of its ageing 747s at Alice Springs, which boasts a desert storage facility. Meanwhile with Cathay Pacific cutting 96% of passenger capacity in April and May, most of its aircraft have been left lined up at its hub, Hong Kong Airport. Austrian Airlines has already brought most of its aircraft home to Vienna Airport and British Airways has left much of its fleet of grounded A321s at Glasgow Airport.

In the US, 20 Delta Connection regional jets and 30 more from United Express will be parked up indefinitely at the Middle Georgia Regional Airport near Macon. The county will be paid for the aircraft to stay at the airport, the mayor said. TBI Airport Management, the company that runs the airport, is seeking FAA approval to close an auxiliary runway to free up more space, if necessary.

And at Denmark’s Copenhagen Airport two of the airport’s three runways have temporarily been recommissioned to accommodate grounded aircraft. The third runway will remain active for take-offs and landings.

The drop in passenger demand and air traffic has seen airports lose significant revenue from landing and take-off fees, as well as ramp fees, fuelling, car parking, duty free and other non-aeronautical tariffs. But could they recover some of that lost revenue from aircraft parking and maintenance services?

It’s not about making a profit (one report on CNN suggests that major European hubs charge in the region of $285 per hour), but about working together with local authorities and governments to find a solution that benefits all the players and ensures the industry is ready to get up and flying again once signs of recovery start to appear.