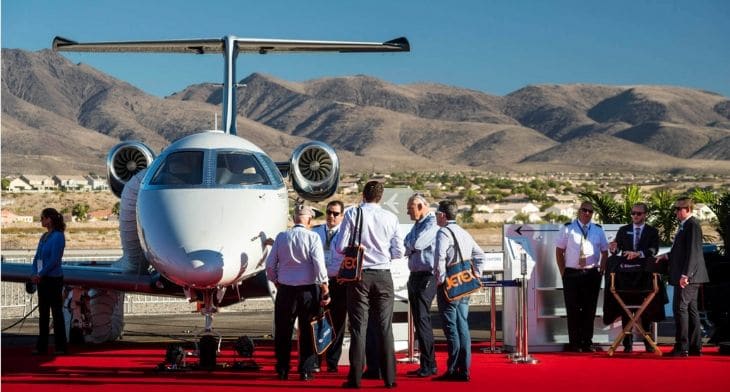 As a first timer in Las Vegas, I’m impressed. The whole place shimmers with promise, everyone’s dressed to impress and money certainly talks with cash changing hands like there’s no tomorrow. And that’s just at the National Business Aviation Association’s (NBAA’s) Business Aviation Convention and Exhibition (BACE)… Don’t even get me started on the Strip!

Every few years the business aviation world heads to the oasis in the Nevada desert, otherwise known as Las Vegas, to showcase the latest and greatest business aircraft as well as to broadcast technology announcements, FBO and airport developments at NBAA-BACE, which is taking place this week (22-24 October) at the Las Vegas Convention Centre. 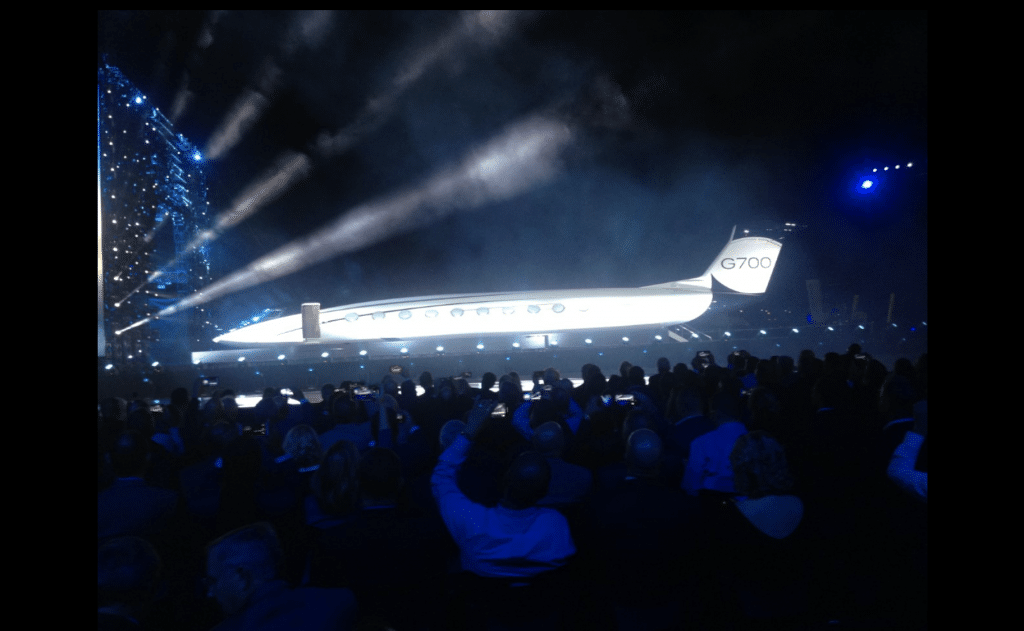 This year, Gulfstream put on a show worthy of the Las Vegas strip to unveil the latest addition to its fleet – the G700 (pictured right) – hailed as the industry’s largest and best-performing business jet. Mark Burns, Gulfstream’s president, didn’t hold back when he described the announcement as “the biggest news in business aviation history”. Meanwhile, Pilatus revealed its new PC-12 NGX, which incorporates an improved engine, smarter avionics and a redesigned cabin. Perfectly suited for smaller airports and airfields in remote locations, the PC-12 can operate from paved, dirt, grass or gravel runways.

With aviation’s effect on climate change at the forefront of industry thinking, developments around the demand and supply of sustainable aviation fuel (SAF) have also been high on the agenda. Airports including Henderson Executive Airport in Las Vegas have been offering SAF, supplied by World Fuel Services, for those attending the event. Urban Air Mobility (UAM) has also been a key talking point with Uber Elevate’s Eric Allison providing an overview of aviation’s electric future. How eVTOLs (electric vertical take-off and landing vehicles) will impact on airports and their infrastructure is one of the bigger challenges still to be overcome, but Signature Flight Support is already working with Uber Elevate on supporting its aerial ridesharing service, and during a panel discussion on UAS International’s stand, NEXA Capital’s founder and managing partner, Michael Dyment, confidently placed his bets on eVTOLs  being up and flying by this time next year. “I’d go as far to say I guarantee it,” he claimed.

With NBAA reporting that the US business market is performing strongly, this year’s event is certainly full of promise. Embraer laid its cards on the table early in the week in announcing a US$1.4bn business jet deal with Flexjet, and Gulfstream continued the trend by announcing Qatar Executive as its launch customer for the new G700. Not to miss out, Boeing revealed two of its 787-9 aircraft had been purchased with a combined list price of $564m by a single unidentified VIP customer. And aside from the deals being made at the event itself, the Las Vegas Convention and Visitors Authority expects NBAA-BACE to generate a total economic uplift of $40.5m over the course of the week.

As the business aviation community departs from Henderson on their SAF-fuelled jets at the end of the week, time will tell whether some of the orders and announcements made during the show have turned out to be just a mirage or the real deal. But NBAA-BACE has certainly played a winning hand when it comes to the buzz it has created at this year’s show, particularly around the role that business aviation plays in urban air mobility and the drive for a more sustainable future.