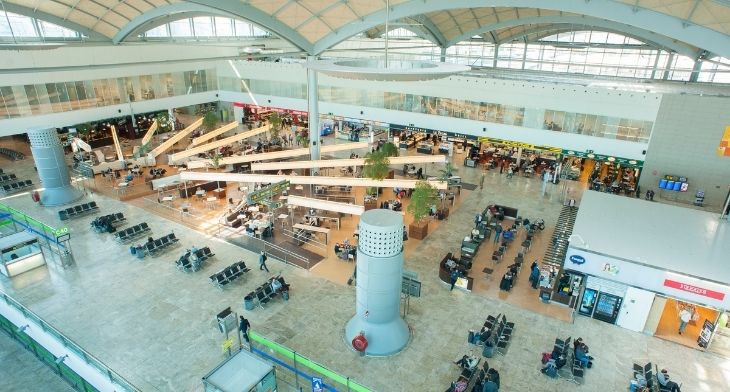 With hygiene and wellbeing a priority for airports as part of COVID-era regulations, regional hubs across Europe have come out on top when it comes to implementing the best hygiene measures, according to Airports Council International (ACI) Europe.

Earlier this week ACI Europe revealed the winners of its Airport Service Quality (ASQ) awards, with a new award for this year being ʻBest Hygiene Measures by Regionʼ.

A total of 15 winners were recognised in the new category for their success in responding to the intense focus on hygiene as determined by customer responses to new health measures. The winners included: Alicante-Elche (pictured), Federico Garcia Lorca Granada-Jaen, Menorca, Pamplona, Murcia and Seve Ballesteros-Santander airports in Spain; Faro, João Paulo II in Ponta Delgada, Madeira and Porto in Portugal; Helsinki-Vantaa in Finland; Keflavik in Iceland; Skopje in North Macedonia and Tallinn in Estonia.

Sponsored by travel technology company Amadeus, ACI Europe’s ASQ departures awards also celebrated a number of smaller regional hubs across Europe with less than 5 million passengers per year. The ASQ departure awards highlight the world’s best airports as judged by their customers with different categories depending on the number of passengers served per year.

Offering his congratulations to all the ASQ winners, ACI Europe’s Director-General, Olivier Jankovec, highlighted how the effects of the pandemic have hit hard as passenger numbers plummeted, workforces were reduced and local communities were paralysed by travel restrictions. The awards he said, “signify the very essence of Europe’s airports as: Resilience teamed with the highest standards of customer care.” With that, he added “Bravo to all our winners, and to each and every member of our airport community as they continue to deliver excellence in the face of adversity.”

In the bigger scheme of things, the awards might seem like small victories, but with health and hygiene measures key to the recovery of airports and the wider aviation industry, perhaps there’s a thing or two the ‘little guys’ can teach the big hubs!

I hope you enjoy this week’s newsletter and have a great weekend.