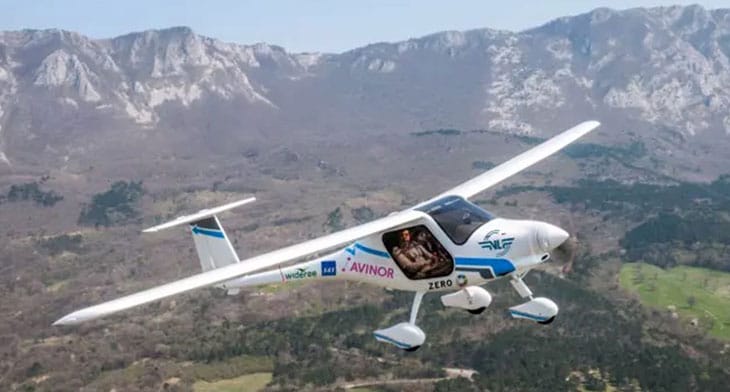 It’s no secret that creating cleaner, greener skies requires a collective effort from all stakeholders engaged in the aviation sector. Airports, alongside airlines, technology providers, government and industry leaders all have their part to play in decarbonising the aviation industry.

And while the industry is still in many ways very much at the start of its lower-carbon journey, a report published by the Energy Transitions Commission (ETC) on Wednesday 8 May has determined that reaching net-zero carbon emissions from the aviation sector is technically and financially possible by 2060, even earlier in developed economies.

The Aviation Sectoral Focus feeds into ETC’s wider report Mission Possible: Reaching net-zero carbon emissions from harder-to-abate sectors by mid-century. It outlines the potential routes to fully decarbonise the industry, stating that improvements in energy efficiency of engines and airframes combined with air traffic and other operational improvements, could reduce the growth of emissions by 30-45% below business-as-usual. But it also emphasised that it will be impossible to achieve net-zero emissions by mid-century, as required to meet the targets of the Paris Agreement, without a shift to sustainable aviation fuels and electric aircraft.

Indeed, Sweden has already set the bar high when it comes to decarbonising the aviation industry by placing the green spotlight firmly on aviation fuel. In March, the Swedish government set an ambitious target of being fossil-free by 2045, and as part of this initiative a proposal for decarbonising aviation in Sweden introduced a greenhouse gas reduction mandate for aviation fuel sold in the country. The reduction level would be 0.8% in 2021, and will gradually increase to 27% in 2030. Norway is similarly pioneering in its efforts to reduce emissions from aviation. In October 2018, the Norwegian government introduced a 0.5% biofuel blending mandate for aviation, while Avinor – the Norwegian airport operator – is working hard to achieve its target for all domestic flights in the country to be electric by 2040.

Beyond alternative aviation fuel and electric aircraft though, the ETC also encourages businesses across multiple sectors to look at the broader picture, question their procurement practices and make commitments to buying “green” products and services.

Lord Adair Turner, co-chair of the ETC, commented that Mission Possible “sets out an optimistic but completely realistic message – we can build a zero-carbon economy with a minor cost to economic growth. We should now commit to achieving this by 2060 at the latest, and put in place the policies and investments required to deliver it.”