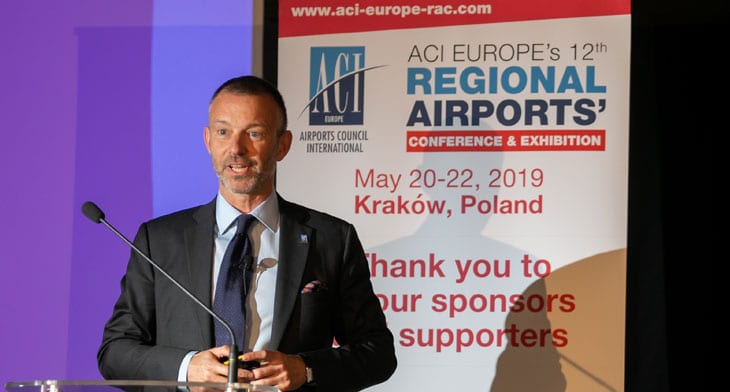 Opening this year’s conference, Radoslaw Wloszek, president of the board, Krakow Airport, underpinned the message that “regional airports are the lifeblood of Europe.” He referenced his team’s hard work in developing Krakow and the surrounding region’s connectivity, saying: “We have nearly doubled the number of air services and our air traffic numbers in the past five years.” He also stated that the airport’s “absolute focus on enhancing the region’s connectivity will result in 39 new connections this year.”

But it’s not just Krakow that’s been developing its network. Throughout Europe, proactive route development strategies involving incentives and rebates to airlines and increased competition for direct/ point-to-point air services, have enabled regional airports to boost the direct connectivity of their communities by +28.8% since 2014.

“Regional airports are putting hundreds of local communities on the global map,” said ACI Europe’s director-general, Olivier Jankovec. “They are essential – and in most cases irreplaceable – engines of economic regeneration and development,” he added.

Route and network development was highlighted as one of the key challenges. “Low-cost carriers (LCCs) are moving upmarket, resulting in less LCC bases at regional airports,” noted Jankovec. 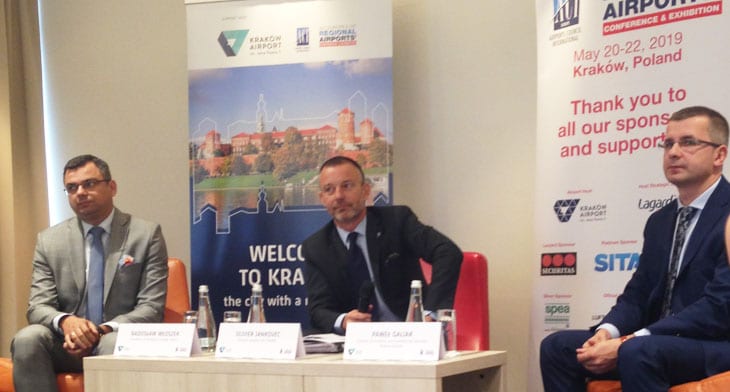 “Airlines are also becoming more risk averse, upgauging and focusing on higher yield markets,” he continued. Referencing the fact that seven European airlines have gone bust since last summer, he also underlined the impact that airline bankruptcies have on regional airports and agreed that “consolidation is another factor at play.”

Economic sustainability is an ongoing concern with the percentage of loss-making airports on the rise and the European Commission reviewing its State Aid Guidelines. “The lack of economies of scale, significant sunk costs and seasonality of the passenger traffic all affect traffic levels and impact profitability.” And because smaller regional airports cater for fewer and less affluent markets this results in “weaker non-aeronautical revenues,” when compared with their larger counterparts.

Henri Hansson, chair ACI Europe regional airports forum and SVP technical and environmental services at Finavia, commented that “regional airports are working in a financially challenging environment. It’s vital that they manage their costs effectively.” On the upside, he also noted that the customer experience at regional airports is often well received. This was something that was echoed by Maria Villanueva, senior consultant at m1nd-set.

While climate action is nothing new for Europe’s regional airports – 85 of them are currently certified under the Airport Carbon Accreditation programme, with 19 having achieved carbon neutrality and three having reached net-zero carbon emissions without offsetting – the impact of air transport on climate change is a significant concern for all stakeholders in the aviation industry.

However, addressing renewed calls for aviation to be taxed at EU level, Jankovec warned that the reality of taxing aviation to curb demand will do little to decarbonise air transport. Instead, it will “primarily impact regional connectivity, hurting smaller communities and lower-income citizens.” He added that “air routes serving smaller regional airports would be the first to be axed, as these are typically the least profitable for airlines.” The challenge of “greening aviation” he said “must be addressed in an effective and inclusive matter,” but it’s a necessity to do so and “aviation needs to up its game when it comes to climate action.”

While the challenges and threats exist, speakers were keen to urge that so too do the opportunities. Regional airports have an integral role to play in Europe’s regional cohesion and inclusiveness and co-operation with local stakeholders is vital. Involving and working with the local community is something that regional airports do well and can have a big impact on raising awareness of the socio-economic role airports play as well as the connectivity they provide. What’s more, research from m1nd-set showed that regional airports tend to score highly in terms of the passenger journey with travellers rating the personal touch, sense of place and convenience of being able to fly to and from their local region, as integral to their overall positive experience.

As this year’s conference drew to a close, Natale Chieppa, director-general at Palermo Airport, took to the stage to sell the delights of the Sicilian Island and give an overview of his airport having been confirmed as the host of ACI Europe’s Regional Airports Conference 2020.