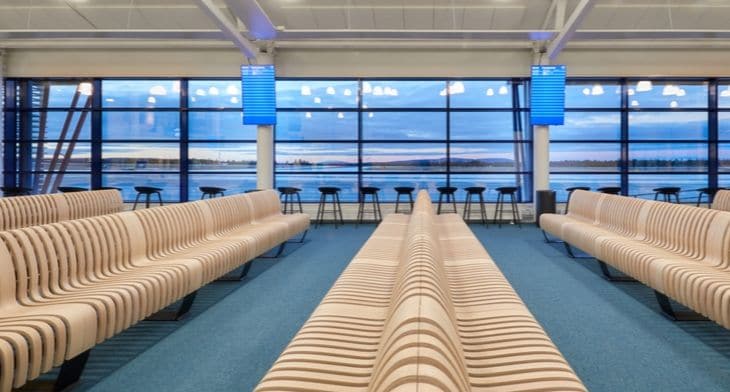 At last week’s inter airport Europe in Munich, the topic of decarbonising aviation ricocheted around the exhibition floor. During his keynote speech, Dr Michael Kerkloh, CEO Munich Airport called on airports to embrace the Net Zero Carbon 2050 project, which aims to support airports in reducing their CO2 emissions to practically zero by 2050 and to use technology to remove the remainder from the atmosphere.

Just this week, Henri Hannson, Finavia’s SVP and technical director, revealed that the Finnish airport operator has achieved carbon neutrality at all its airports this year, after six Lapland hubs upgraded to Level 3+ Neutrality under the Airport Carbon Accreditation scheme. The accreditation is a stepping stone towards zero emissions.

“In June we signed a pledge by Airports Council International. With this pledge, dozens of airport operators commit to achieving net-zero emissions by 2050. In Finland, we will seek to reach this goal as early as during the 2030s,” said Hannson.

The addition of the six Lapland airports means that there are now 50 carbon neutral airports (ranging from major hubs to smaller regional airports) in Europe. Combined they welcome over one-fourth of the continent’s passenger traffic.

To reach carbon neutrality, airports need to reduce CO2 emissions from sources under their control as much as possible, then compensate for the remaining residual emissions by investing in high quality carbon offsets.

However, while not to be dismissed, Dr Doug Parr, Greenpeace UK’s chief scientist has warned previously that carbon offsetting is not a “solution” and it’s not a “meaningful response to aviation emissions.”

In contrast to the criteria required to reach carbon neutrality, the net-zero concept does not allow for offsetting. But, as Jankovec points out “reaching carbon neutrality first allows airports to grow towards more ambitious CO2 management and restriction in a positive way.”

Adding to this, Niclas Svenningsen, who heads the Climate Neutral Now initiative at the United Nations Framework Convention for Climate Change (UNFCCC) Secretariat in Bonn, Germany, stated: “Europe’s airports continue to be an example to follow in the field of non-state action to address the climate emergency. While having their eyes on the big goal of reaching Net Zero carbon emissions from their operations by 2050, they continue their incremental work to reduce their climate impact.”

As the industry faces the unprecedented challenge that Climate Change represents, this is exactly the kind of industry leadership that is required to steer us towards a more sustainable future for aviation.