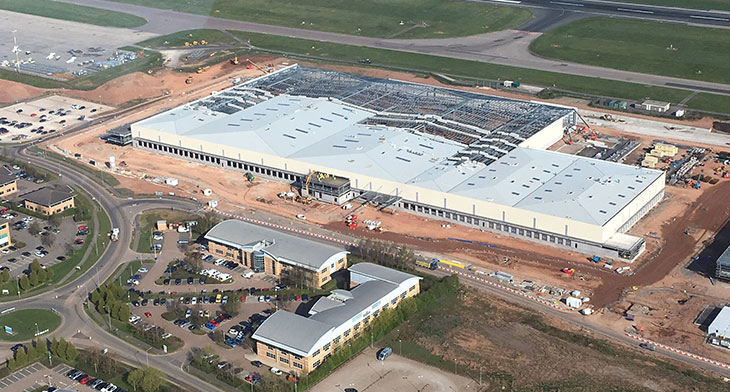 As part of Manchester Airports Group’s (MAG’s) response to the government’s Aviation 2050 Green Paper consultation, East Midlands Airport (EMA) is urging the government to help unlock its potential by clearly setting out policies to solidify the airport’s position as a globally significant cargo hub.

In addition to its role as a short-haul gateway fro leisure travel (EMA) is also a vital hub for dedicated cargo flights. It handles 1000 tonnes a day and facilitates approximately £40bn of trade to and from the EU and £10bn of non-EU imports and exports a year.

The consultation response included several ‘asks’ of Government that would commit it to formally recognising EMA’s important role as a national and regional air transport hub. While the government’s Green Paper alludes to the vital role of airfreight to the UK economy, there is little in the way of specific policy, which EMA says is needed if the airport is to prosper in the future.

“In the coming months I want to work with government to develop specific policies that could unlock the growth potential of EMA as a nationally important asset for the UK and its ability to trade globally,” said Karen Smart, EMA’s managing director. “This would enable Government to take a much more active role in supporting the future sustainable development of air freight, in line with the Aviation Strategy’s overall goal.”

Specific ‘asks’ in the consultation response call on the government to help airports like EMA to unlock new international routes; commit to fully exploring the potential for a Free Trade Zone around the airport; and to ensure a more joined-up approach to planning, making sure that airport, road and railway investment is considered alongside the needs for more housing, industrial development and future energy provision.

It also calls on Government to work the airport to promote digitisation to speed up the handling of goods at the border, which is key for time-critical air freight.

“direct Government support for EMA will also be a sign of Government commitment to the region and will signal recognition for the critical role the East Midlands can play in rebalancing the UK if it is enabled to reach its full potential,” concluded Smart.