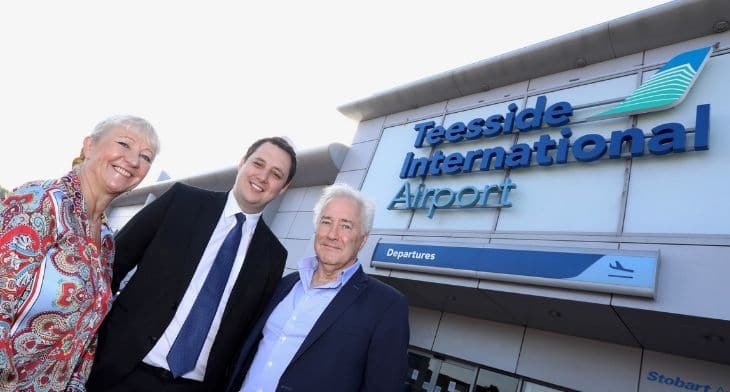 Operated by Stobart Aviation, Durham Tees Valley Airport has been renamed Teesside International Airport, a name originally used by the airport between 1966 and 2004.

A local businessman had previously opposed the renaming of Teesside’s airport and asked the Tees Valley Combined Authority to pay £250,000 for the intellectual property rights to “Teesside Airport” having purchased them in 2015. But earlier this month it was reported Chris Joseph no longer intended on pursuing his cause and would relinquish the naming rights.

In addition to being renamed, the airport has also unveiled a new logo, which “incorporates the local landscape by emphasising the jade and royal blue colour scheme.”

The symbol used on the logo is styled on an aircraft’s tail fin, “an instantly recognisable and universal icon for air travel”. Within the fin is a stylised representation of Teesside’s Roseberry Topping, a well-known local landmark.