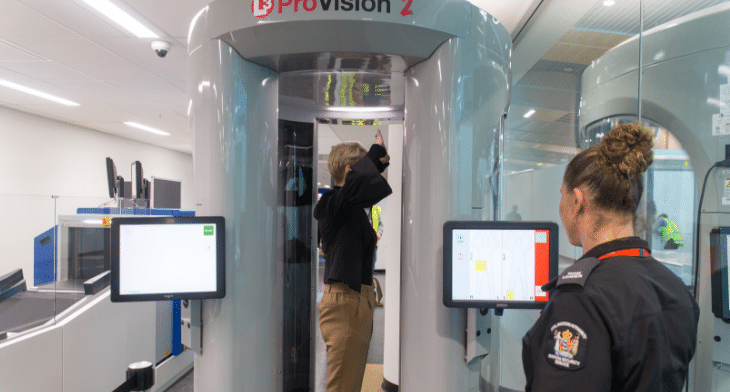 Dunedin Airport in New Zealand has launched new body imaging security screening for domestic flights – becoming the first in the country to introduce the advanced imaging technology for its domestic services.

The airport has introduced the advanced imaging technology (commonly known as body scanners) as part of the opening of stage one of the airport’s terminal expansion project.

First installed at Auckland Airport’s international terminal in June, now domestic passengers in Dunedin will be able to use the security screening process. The implementation of the new body scanners and smart lane X-ray equipment for screening baggage forms part of a $100 million Aviation Security Service project to bring leading security technology to all New Zealand’s international airports.

With a newly expanded security screening area – a 157% increase in floor area – and temporary departure lounge, the airport hope the expansion will reduce queues and create a dedicated space for passenger screening.

Dunedin Airport CEO Richard Roberts said the launch marked the completion of stage one of the airport’s terminal expansion project which aims to meet growing demands. 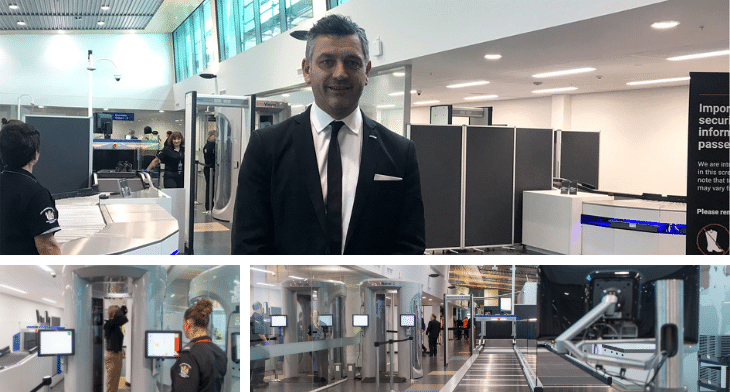 He added: “It’s also exciting that we’re the first airport to offer the new [body scanning] technology for our domestic flights – a technology well used overseas – which puts Dunedin at the forefront of aviation security in this country.”

“These scanners are tried and tested at airports around the world, are safe for passengers, and only display a generic outline of a person, meaning there are no privacy concerns arising from their use,” she continued.

The new temporary departure space features more room with seating and stand-up desks and charging stations. Since the terminal was built in 2006, the airport has reported an increase in passenger numbers to more than one million per year (a growth of 47%) and a 46% rise in the number of jets into the airport, now close to 1750.

In peak hours, passenger numbers exceed 500 – a 71% rise from 2006 – which the airport says places pressure on available space in the terminal.

Once completed in February 2020, the new terminal will see an almost 200% increase in floor space to the departure area – with new toilets, café and retail spaces – as well as 200 additional spaces in the carparking area.