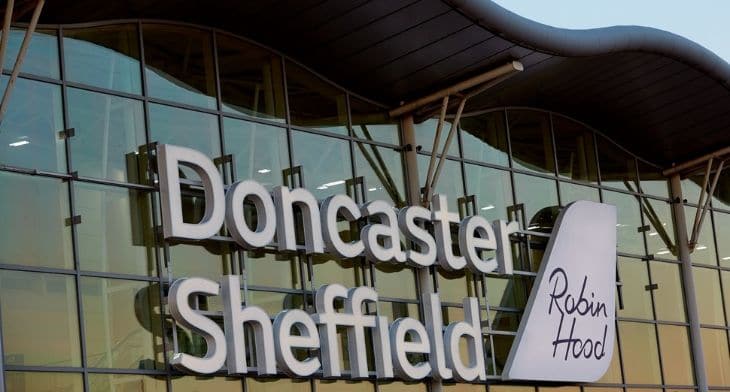 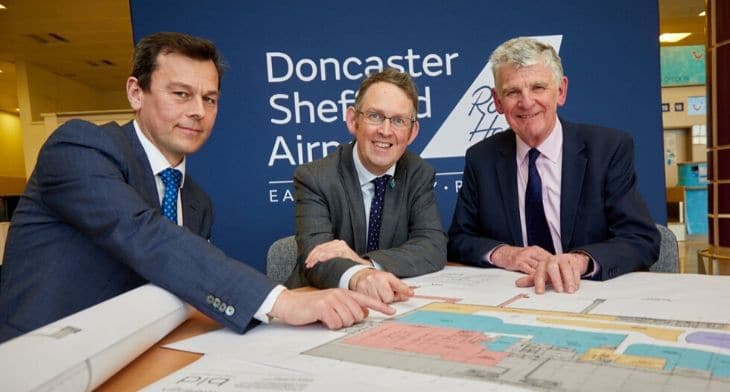 Doncaster Sheffield Airport has revealed a £10 million terminal redevelopment plan with investments including improvements and new facilities based on passenger feedback.

The plan has been created in response to growing passenger demand and forms part of the airport’s 20-year Masterplan. The airport saw passenger numbers reach 1.45 million over the year and figures are set to double in the next five years.

“Doncaster Sheffield Airport already boasts a modern purpose-built terminal building facility involving over £100 million of investment just fifteen years ago. It is so important that as we grow, we continue to maintain our award-winning passenger experience,” commented Robert Hough CBE, Chairman of Doncaster Sheffield Airport. “Today’s announcement follows £3.5 million invested to create additional parking spaces to keep up with customer demand and £2m investment in our on-site solar farm that will generate 25% of the airport’s energy.”

The UK’s Aviation Minister, Paul Maynard, visited the airport as part of the Government’s Regional Connectivity Review to discuss how the airport can support strategies to ‘level up’ the North.

The airport suggests it plays a key role in reducing the number of car journeys of passengers travelling to the south “due to an under-provision of airline seats in Yorkshire.”

The airport’s Chairman, Hough, added: “We are pleased that the Aviation Minister recognises our position as a key part of the solution for the UK’s aviation needs and addressing the imbalance of just 1.2 seats per head of population in Yorkshire versus 10 in the South.”

The airport described plans which have the potential to unlock 33,000 gross jobs over the next 10 years – 10,000 within the next five years, in engineering, manufacturing aviation, energy and construction. The scheme to bring an East Coast Mainline station into the site would expand the airport’s public transport catchment area to circa 9 million people within a 90-minute travel time – equivalent to the catchment of Manchester Airport, and utilising existing runway capacity capable of handling 25 million passengers.

Nick Fletcher, MP for Don Valley commented: “The airport and surrounding area have the capacity to bring much-needed jobs and skills to the region. Over 1,000 jobs and 100 businesses are already supported across the site and the potential is far greater.”

The creation of an East Coast Mainline station would provide public access to and from towns and cities across the east of the country, relieving congestion on the Mainline, and would make Doncaster Sheffield Airport the second airport in the UK to have direct mainline rail access – through a scheme deliverable in the next five years.

Aviation Minister, Paul Maynard, said the airport provides a “vital service” connecting communities and business across the UK, adding: “We are absolutely committed to enhancing regional airports and air services and our regional air connectivity review will help deliver on the Prime Minister’s pledge to level up the whole of the UK economy.”

Hough added: “We are committed to our part in delivering the opportunity here around DSA which with the right support from government can start making an impact on people lives in the North now, not years ahead.”