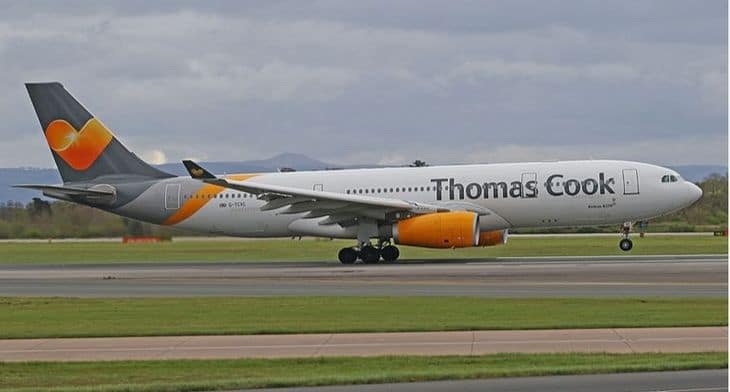 Following the confirmation in the early hours of the morning on Monday 23 September that the iconic travel brand Thomas Cook has gone into administration, the UK Civil Aviation Authority (CAA) has launched Britain’s biggest-ever peacetime repatriation to bring home 150,000 holidaymakers.

Codenamed Operation Matterhorn, the move to repatriate holidaymakers and staff who have been left stranded around the world comes after Thomas Cook failed to secure a last-ditch rescue deal.

The first repatriation flight left New York’s JFK Airport this morning with over 300 passengers onboard and the programme will run until 6 October.

As part of the operation, transport secretary Grant Shapps revealed that dozens of charter planes, from as far afield as Malaysia, have been hired to fly customers home alongside the hundreds of people working in call centres and at airports. “Thomas Cook’s collapse is very sad news for staff and holidaymakers. The Government and UK CAA is working round the clock to help people.”

However, he also warned that “the task is enormous, it’s the biggest peacetime repatriation in UK history. So there are bound to be problems and delays.”

As one of Thomas Cook’s former operating bases in the UK, Birmingham Airport  has issued a statement saying that its priority is to “support passengers who were scheduled to travel from Birmingham Airport today by providing extra support staff, information and assist with their arrangements home.

We’re working closely with the CAA and the DfT to also support the effort to repatriate passengers back to the UK over the coming weeks.

The statement also advised passengers that were due to travel with Thomas Cook not to come to the airport as “there will be no more Thomas Cook flights from the UK.”

It also stated that affected passengers who have booked car parking at Manchester Airport and will now be returning earlier or later than planned, will not be charged additional fees if they can provide their flight number and booking reference.

And as the aftermath of Thomas Cook’s collapse begins to unfold, airports around the world are bracing themselves for passengers arriving at their terminals to face long delays and tricky journeys home. The collapse is also expected to ricochet throughout the tourism industry with authorities, hotels and and those serving Thomas Cook’s holidaymakers set to loose out on a huge source of revenue.