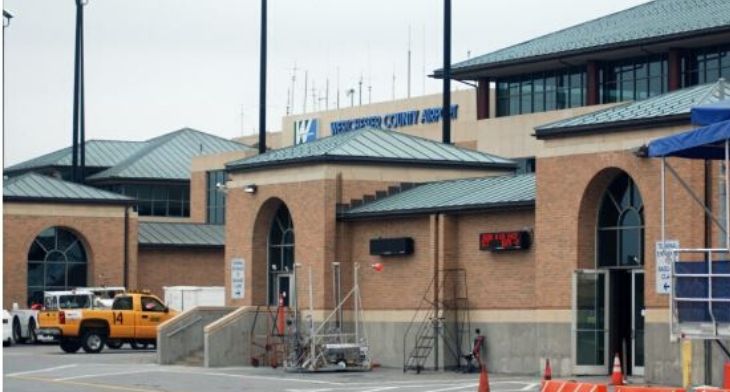 Situated just outside New York City, Westchester County Airport has now closed temporarily. Although the majority of the airport’s activity is from general and business aviation customers, around 14% of Westchester’s operations are from commercial airlines. The White Plains hub is served by United Airlines, Delta Air Lines, Jet Blue, Cape Air, Tradewind Aviation and American Airlines.

Westchester is believed to be the first commercial airport in the US to close entirely during the coronavirus pandemic.

A statement from the airport read: “The decision to close the runways for an extended period of time was made in an effort to reduce the construction impact on flight activity when Westchester County Airport operations return to normal. By completing construction and repaving during an airport closure, the need for the installation and removal of temporary runway pavement to continue daily operations will be eliminated.” 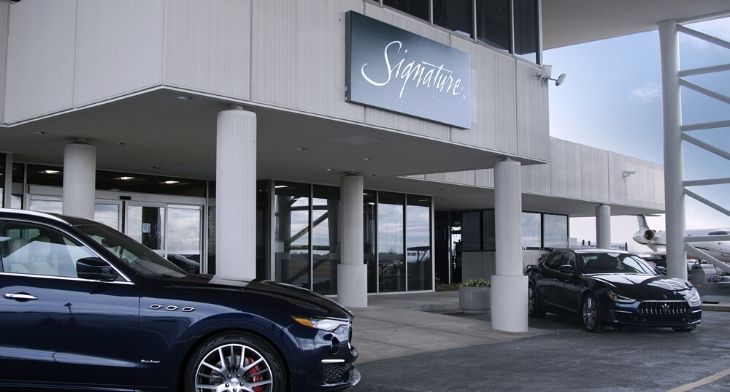 Clear Channel Airports (CCA), the US-based airports business of Clear Channel Outdoor Holdings, has renewed its contract with the global FBO network Signature Flight Support to transform the media and marketing approach for over 140 private aviation terminals throughout North America and the Caribbean.

Signature Flight Support’s new advertising programme will include new custom digital networks of LCD and LED screens across the top 20-25 private aviation terminals around the country. Many of the high-end brands that have consistently advertised across these private aviation terminals increased experiential and select exclusive foundation partner opportunities will be available.

“We are excited to extend our partnership with Signature Flight Support,” said Morten Gotterup, President, Clear Channel Airports. “Their network of FBOs presents the world’s leading brands and products with the absolutely unique ability to interact with the world’s highest net worth individuals, partners and families as well as in many cases their staff representatives,” he added.

“We will be working very closely with the Signature Flight Support team to create truly innovative and unforgettable advertising and sponsorship opportunities from new experiential activations to exclusive brand partnerships. Our partnership is poised to create some groundbreaking initiatives in the private airport advertising sector.”

Meanwhile Shawn Hall, CCO, Signature Flight Support said “We are thrilled to build upon our long-standing partnership with Clear Channel. Together, we are focused on maximising the opportunities that only our unparalleled network can deliver to the world’s leading brands.” He added: “We’re excited to bring to life new and innovative approaches to advertising in our FBOs, along with exclusive experiences and surprise and delight moments that engage and excite our customers. We look forward to collaborating with like-minded brands and partnering with them to deliver compelling, multi-year campaigns and activations.” 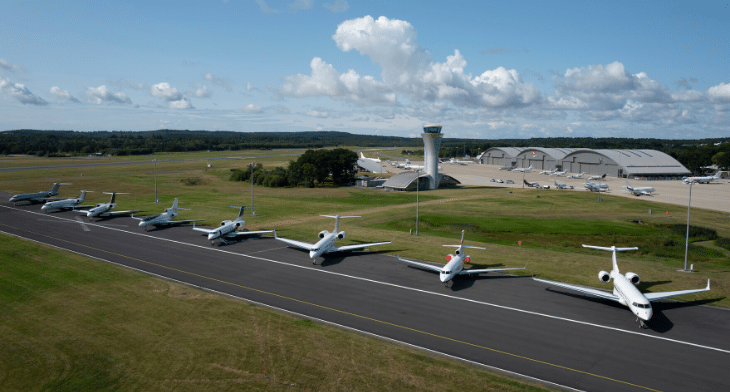 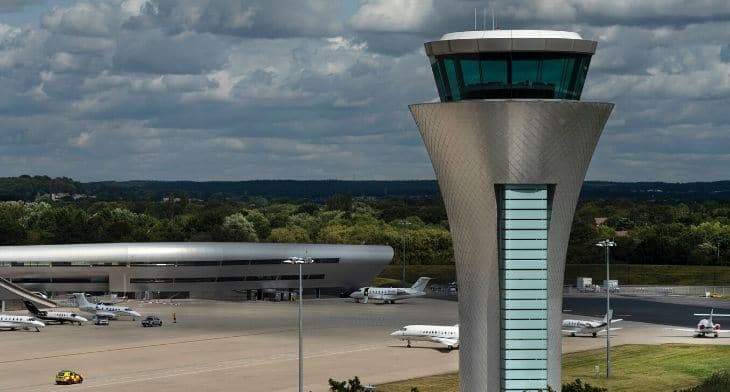 The UK’s only dedicated Business Aviation Airport, Farnborough Airport in Hampshire, has smashed its record for air traffic movements for a third consecutive year.

For the year 2019, Farnborough saw a year-on-year increase in air traffic of 5.3% with 32,366 movements. Air traffic movements to and from the US in particular experienced significant growth with an increase of 15% year-on-year. The rise in traffic is in part attributed to business aviation being squeezed out of major commercial airports and initial forecasts indicate the airport’s positive trend  in air traffic movements is set to continue throughout 2020.

“Those movements mean a lot to the community here and employees. They feed jobs and show an attraction for business aviation here in Farnborough,” said Brandon O’Reilly, CEO Farnborough Airport.

The airport was acquired last year by Macquarie Infrastructure and Real Assets and following a rebranding exercise it now has a new identity. A statement from the airport revealed that the new brand embodies the airport’s philosophy to consistently offer a five-star service and reflects the award-winning architecture of the airport’s facilities with its iconic shapes and curves.

Talking at a gathering to mark the unveiling of the new branding, O’Reilly referenced that “with Davos taking place this week there’s a lot of discussion going on around sustainability.” Highlighting that Farnborough became business aviation’s first carbon neutral airport anywhere in the world in 2018, O’Reilly added that the airport continues to work on mitigating its effect on the environment. He also stated that while there is much that the airport has control over in terms of its carbon emissions they don’t have control over the emissions released by the aircraft themselves. “Aircraft need fuel to fly, but what if we at Farnborough could be at the vanguard of education and the implementation of the use of sustainable alternative jet fuels (SAF)?” O’Reilly asked. The airport supplied SAF for aircraft travelling to the European Business Aviation Convention and Exhibition (EBACE) in 2019. It also sponsored a SAF educational session at the National Business Aviation Association’s Convention and Exhibition (NBAA-BACE) in Las Vegas last year. In addition, Farnborough was also named a winner at the Institute of Environmental Management and Assessment (IEMA) Sustainability Awards 2019. “As a fuel supplier its incumbent upon us to lead the charge as far as squaring this SAF circle, which is essentially about supply, demand and understanding. There’s a long way to go but that doesn’t mean we shouldn’t be making the effort to educate the market and indeed ourselves about the use of SAF.”

Another way the airport is seeking to reduce its impact on the environment is to have aircraft flight paths that don’t fly over built up areas as much as they do currently. It’s all part of the airport’s Master Plan which will run until 2030.

The next 12 months are certainly set to be busy for the airport. It is once again hosting the bi-annual Farnborough Air Show in July and Gulfstream is set to open its new Maintenance Repair and Operation (MRO) facility at the airport later this year. “It’s an enormous, impressive facility and the exterior is now done. It’s now just a matter of the fit out, but it’s on schedule to open this summer,” revealed O’Reilly. In addition to catering for Gulfstream customers, the new facility will create some 350-400 jobs.

Clay Lacy Aviation currently manages 120 business jets in 26 cities across the US.  With the addition of new aircraft in the region, the office will expand to offer worldwide jet charter services and the Clay Lacy Preferred membership program.

“Dallas-Fort Worth is a popular destination for our clients, and this new office enables us to provide fast, comprehensive support to customers visiting the area, in addition to delivering our personalized, data-driven approach to aircraft management to the Texas market,” said David Lamb, Chief Operating Officer, Clay Lacy Aviation.

“Having established Clay Lacy as a full-service business aviation leader on the West Coast and the Eastern U.S., the Texas market represents an excellent opportunity for our aircraft management and jet charter services.”

Clay Lacy has aircraft operations and regional offices across the US, including a full-service FBO at Van Nuys Airport in Los Angeles, and FAA Part 145 aircraft maintenance centers in Los Angeles, San Diego and Oxford, Connecticut.